Looking for Lost Fish: Status of the Largetooth Sawfish (Pristis pristis) in Costa Rica and the Central American Region

Looking for Lost Fish: Status of the Largetooth Sawfish (Pristis Pristis) in Costa Rica and the Central American Region

Sawfish are the most threatened group of elasmobranchs, with all five species listed on the IUCN Red List as either Critically Endangered or Endangered. The largetooth sawfish (Pristis pristis) has a widespread distribution across tropical waters. Largetooth sawfish were once found from Mexico to Peru; however, throughout this range they have suffered large reductions in abundance or may be locally extinct. The need to determine the current status of the Critically Endangered largetooth sawfish in Costa Rica have encouraged new efforts to estimate their distribution and abundance; identify local threats affecting their population; and define effective conservation approaches. 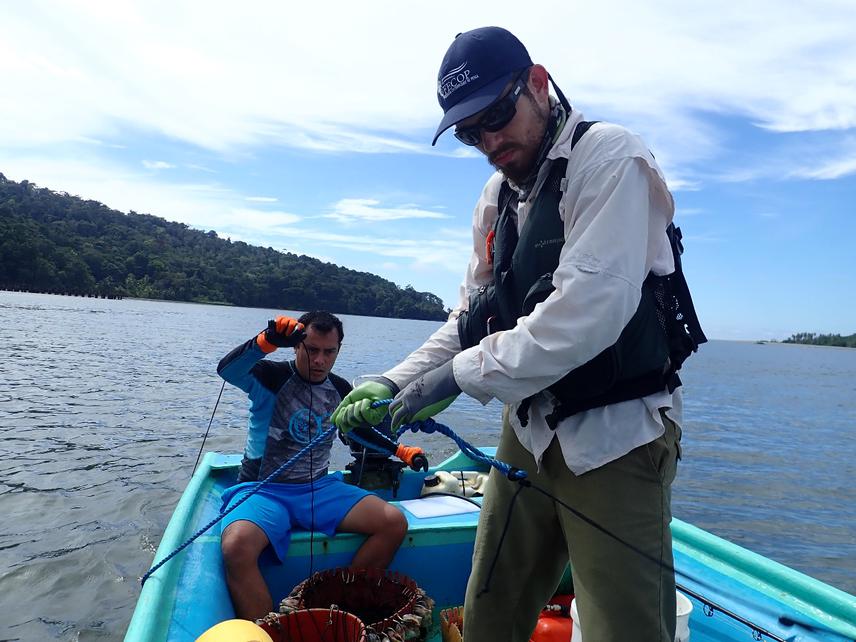 Sawfish (family Pristidae) are the most threatened group of sharks and rays, with all five species listed on the IUCN Red List as either Critically Endangered or Endangered (IUCN 2015). Given their life-history traits (i.e., slow growth rates, late maturity, low fecundity, and long life-spans), inshore estuarine/riverine habits, and distinct morphology (large body with long saw-like rostrum), sawfishes are generally more vulnerable to fishing, coastal/riverine development and pollution. Mangrove forests, for example, have been identified as a critical habitat for immature sawfish, but in many regions mangroves have been loss due to rapid coastal development. Moreover, due to their freshwater affinity, changes in hydrological regimes, impoundments and other types of alterations can limit their movement, and thus threaten their populations.

Historically, in Latin America, sawfish were once found from Mazatlán, Mexico to Peru. However, throughout their range, they have suffered large reductions in abundance or may be locally extinct in some countries. In Costa Rica, recent surveys suggest that the largetooth (Pristis pristis) and smalltooth (P. pectinata) sawfish have experienced large declines in abundance and their distribution may be restricted to only a few locations. The need to determine the status of this critically endangered species in Costa Rica have encouraged new efforts to

(i) estimate their current distribution and abundance;

(iv) define effective management and conservation strategies at local and regional scales that may ensure their long-term survival.

This project is an initiative of the Universidad de Costa Rica, Conservation International and Misión Tiburon (local NGO) to support the conservation of Sawfish in Costa Rica and the Central American region. For this important effort, we are designing a massive outreach and awareness campaign across the entire country focused on environmental education and the use of traditional ecological knowledge. The aim of this campaign is to educate and sensitize different sectors of the Costa Rican population on the importance of protecting critically endangered species like Sawfish. The integration of Costa Rica in this important conservation effort will be crucial to ensure the viability of Sawfish populations in the long term.