The Mediterranean is a key hotspot of extinction risk, according to IUCN, where over half of elasmobranch species are facing severe risks of extinction.

Previous four RSG projects, along with my 15 other projects, have delivered new cognizance’s on elasmobranchs through the eastern Adriatic Sea – further developing and proposing amendments to the national regulations, red lists and international conventions. The fifth and final RSG project aims to significantly expand the knowledge on sharks, skates and rays inhabiting almost unexplored areas of the southern Adriatic and northern Ionian Sea. Thereunto, it will enable us to understand the scope, magnitude and breadth of overfishing, habitat loss and pollution upon the elasmobranch species. 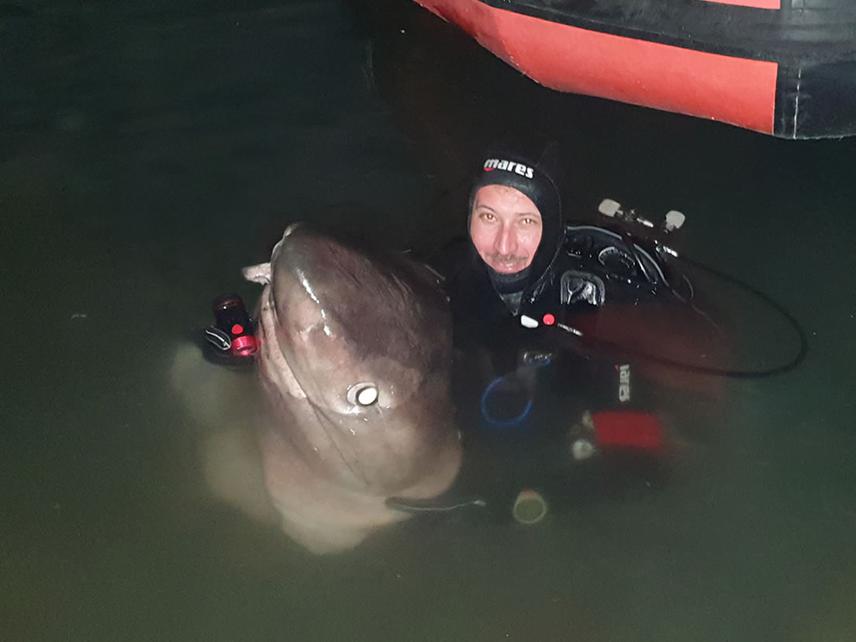 The rescue, rehabilitation and re-introduction of animals have become a widespread practice among the effective wildlife conservation and management programs. Such actions have significant research potential that will contribute to the better understanding of biological traits (primarily reproduction), threats, and diseases. Post-release survival rates in by-catch will be determined and enhanced.

Passive acoustic telemetry will be used for the first time in the eastern Adriatic Sea to understand the behaviour and spatial ecology of elasmobranchs in relation to their environment in shelf and upper slope - down to 500 m deep. Initiated acoustic telemetry will set the basis for further systematic perennial monitoring of elasmobranchs in the region, which is particularly important for the proper understanding of their movement patterns, habitat preferences and nursery areas.

Already dead individuals obtained from fishery surveys (i.e., trawlers, longlines) will be used for pathological examinations (including histopathology and immunohistochemistry), while melanomacrophage centre will be used as histological indicators of immune functions and biomarkers for wider environmental pressures.

Effective climate-smart and long-term in-situ protection will be plead through both community based conservation and strengthening of legal frameworks.

Upon the implementation of the project, we believe that our Center will play a key role in elasmobranch research and conservation in regional scales - and will further serve as short-term shelter and place for research and professional care of various marine fauna prior to re-introduction.