Hodgson’s Bat Myotis formosus is a rare species in Nepal and was recently rerecorded (Rai et al. 2021) from a new locality in Nepal after two decades (Csorba et al. 1999). The conservation status of the species is globally assessed as Near Threatened (Huang et al. 2020) and very little is known about its ecology (Bates and Harrison 1997; Wilson and Mittermeier 2019), emphasizing the need of assessment of its status, distribution and ecology. During my M.Sc. thesis, around ten localities were surveyed in Sailung and Melung Rural Municipalities, Dolakha District (Rai et al. 2021). There had been two localities surveyed in 1973 (Kock 1987, 1996) nearby the Gaurishankar Conservation Area (GCA). 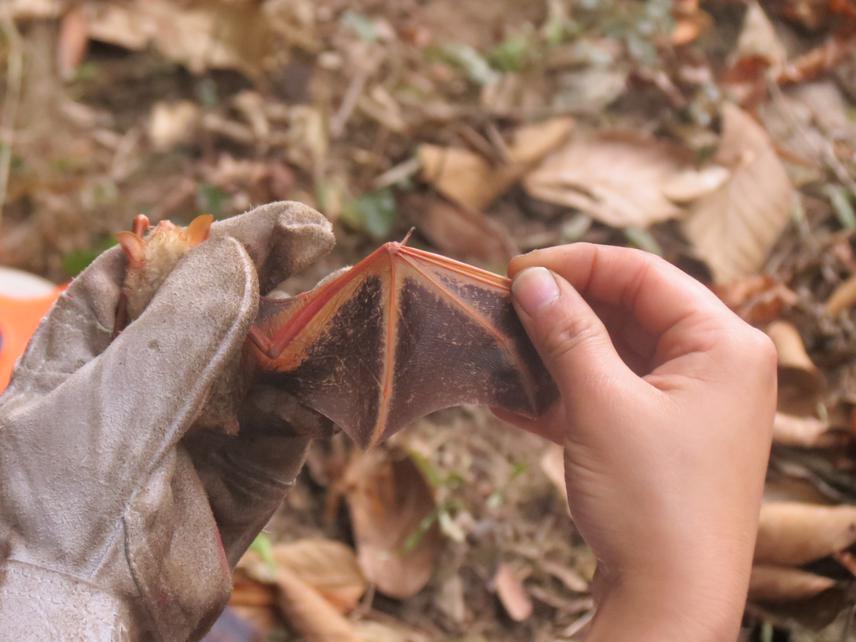 Nepal is a geographically diverse country making it a biodiversity hotspot and rich in natural resources. However, haphazard development and climate change in the Himalayas leads to unforeseen consequences making biodiversity vulnerable and we lack the baseline data of bat fauna distributed in this region under high pressure from construction. The Tamakoshi River is one of seven major tributaries of the largest river basin of Nepal, the Sapta Koshi River Basin. There are currently three hydropower projects under operation in Tamakoshi River with Upper Tamakoshi Hydroelectric Project (UTKHEP) being the largest hydropower project in Nepal.

Through this project, we aim to document baseline data on assemblage and abundance of bat species focusing M. formosus along the elevational gradient in the Tamakoshi River corridor (primarily in GCA), a fragile and difficult terrain. The acoustic survey is expected to add several reference calls and also contribute to Nepal Bat call library (https://smcrf.org/resource/nepalbatcall/) which will be an effective tool for non-invasive identification and monitoring of bat species in the near future.

This project will assess local peoples’ perception about bats and identify areas for implementation of mass conservation outreach campaign to increase the level of awareness about the role of bats in schools and communities. Workshops and meetings will be organized with the local stakeholders such as rural municipality or ward administration, youths, school children and teachers to sensitize on ecological role played by bats. Information boards about importance of bats and their habitats will be installed in front of some important bat roost sites in coordination with the local administration. School bat clubs and youth bat clubs will be formed in schools and communities and will be involved during implementation of conservation activities during the project.