Avoiding the Extinction of the Only Endemic Fish in Arid Argentine Patagonia: The Naked Characin (Gymnocharacinus bergii)

The Naked Characin (Gymnocharacinus bergii) is an endemic fish of exceptional characteristics. It bears that name because it lacks scales in its adult state. It is the only endemic fish of arid Patagonia, and it lives exclusively in the headwaters of the Valcheta stream, being also the only native fish of this stream. It is a relict species that has remained in this stream due to its thermal waters. Despite its geographic isolation it faces serious threats for which the species has been categorized as Critically Endangered (IUCN). 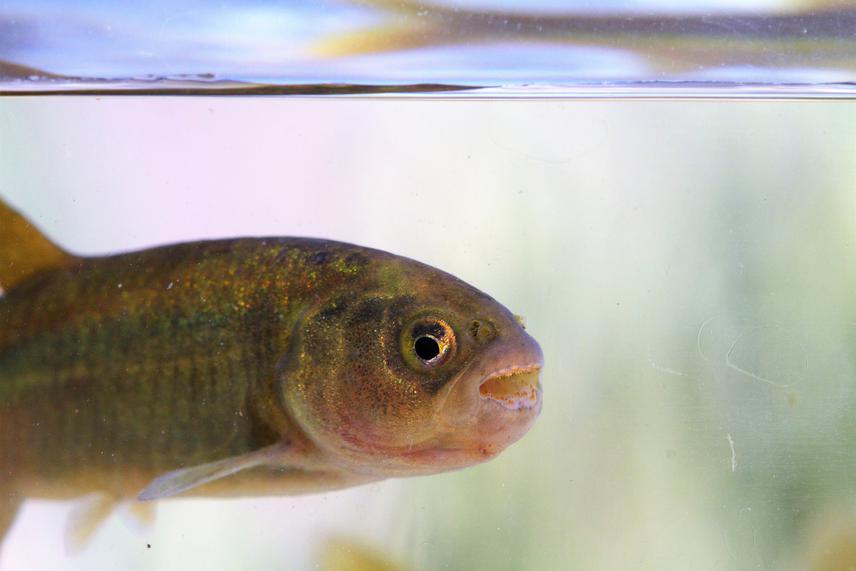 Between the years 1990 and 2016 the species experienced a 70% reduction in its range of distribution due to the effect of invasive salmonids (mainly Rainbow trout). In the year 2015 a new invasive fish was recorded in the stream: The Uruguay Tetra (Cheirodon interruptus). This species quickly dispersed and began to occupy the Naked Characin's habitat and consume its food. In turn, key stream sectors for the survival of this species are severely affected by the modification of the aquatic habitat by livestock. As if this were not enough, in 2018 there was a massive mortality that eliminated 80% of its global population. The mortality was due to the "White Point Disease" caused by a protozoan that reached the stream with the Uruguay Tetra.

In order to ensure the long-lasting viability of this species, in the frame of this project we plan to: 1) Evaluate the status of the two Naked Characin subpopulations affected by "White point" disease; 2) Recover habitat for the species and facilitate the connection between its populations, creating a sanctuary through the construction of a closure to prevent domestic livestock access to a stream spring, planting native vegetation and restoring the riverbank, and eradicating invasive fish in a key sector of the stream; 3) Make the local community aware of the importance of restoring the stream and conserving its species, through theoretical and practical workshops.

This project will make a positive impact on the effective conservation of this fish and information will be useful to be consider in the management of related species.