The aim of the study is to re-record the bat species diversity, population and their habitats in Kathmandu valley as well as to adopt a radio awareness programme and lectures to schoolchildren for the conservation of bats and nature for the substantial and long lasting time. 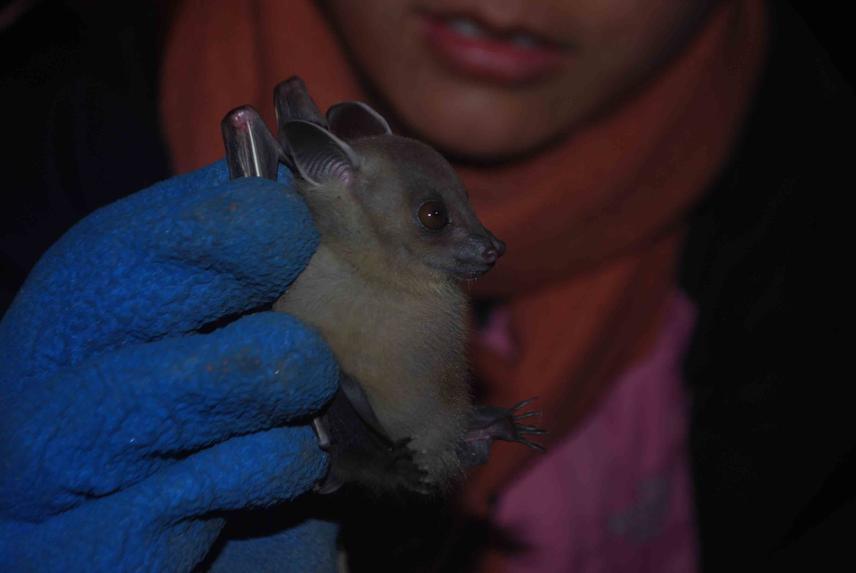 Only three species was reported during preliminary survey of bats in the Kathmandu Valley in 2008. This has raised the issue of species loss. Hence, the detailed resurvey has become necessary. This project is developed against this background.

The main aim of this project is to monitor and rerecord bats of Kathmandu Valley after a long gap since 1997 when 25 species of bats were documented from Kathmandu Valley and to make the local community aware of the importance of bats in terms of the ecological services of pollination, seed dispersal and insect predation for which they are responsible. This project is of twelve months duration. Mist nettings will be deployed and roost survey techniques will be applied for re-recording and monitoring of the species.

This will be carried over three days each for three times in each site. Simultaneously radio program activities with bats identity, information about habitat, habits, importance and ongoing project activities will be broadcasted from Radio Kantipur (www.radiokantipur.com) for 15 minutes in a fortnight, 18 such programs will be broadcasted. Lectures to schoolchildren about the bats identity, information about habitat, habits, and importance will be delivered, for the awareness and conservation of the species. Lectures to schoolchildren will be delivered within at least 40 schools. The project area covers sub-urban, urban and forest edges of twenty sites within Kathmandu, Lalitpur and Bhaktapur districts of Kathmandu Valley.