Protecting a Unique Group of Chimpanzees and its Habitat in Ise Forest Conservation Area, Southwest of Nigeria

Since 2012 we have been conducting research and undertaking actions to conserve chimpanzee populations in Idanre forest cluster and Ise forest reserve in southwestern Nigeria. Results emerging from our genetic study indicate that these chimpanzees form a distinct group but sharing some level of ancestry with the Nigeria-Cameroon subspecies, buttressing the need to preserve representative groups of this species. The overall aim of our project is to determine and provide impetus for effective conservation actions that will safeguard these highly threatened chimpanzee population and its remnant habitats within these critical sites. However, their habitat continues to disappear at an alarming rate due to uncontrolled farming and logging, while hunting remains a major threat. Our project seeks to sustain ongoing efforts of monitoring remnant population, advocating conservation policies and implementation of recommended actions. 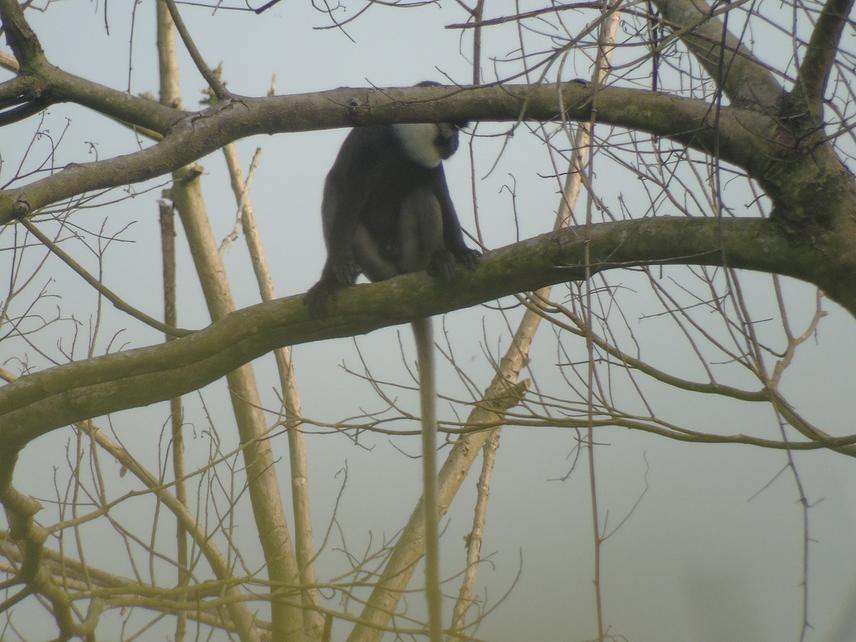 On a global scale, primates have been recognized as the most threatened group of large mammals with 62% of species and subspecies classified as threatened, whereas, 56% of the 179 primates assessed for mainland Africa are threatened (Estrada et al. 2017). At a regional level, Nigerian-Cameroon chimpanzee have also been highlighted as the most threatened of all chimpanzee subspecies and populations in southwest and Niger Delta, Nigeria were considered as most critically in need of research and conservation efforts (Morgan et al. 2011). Our work contributes to the global efforts of conserving representative populations and groups of critical primate species. For example, emerging results from our efforts to assess the evolutionary relationship of the Southwest Nigeria chimpanzees indicate that they form a distinct group, although, not meeting requirements for a subspecies status. The results of this genetic analysis provide critical scientific information that has been sought for over 20 years (i.e. Gonder et al. 1997, 2000). Also this genetic study also further emphasizes the importance of conserving the chimpanzee population in Southwest Nigeria. However, these chimpanzee population(s) are critically endangered and are gradually been driven closer to extinction.

The key issues this project is addressing are the unremitting loss of habitat and hunting pressure prevalent in the project site. There is absolutely no protection for wildlife in the forest cluster and extinction is imminent, not only for chimpanzees but also for other threatened wildlife. It is important to note that designated forest reserves do not qualify as protected areas and as a result, these forests are under intensifying pressure from excessive, unregulated and unsustainable timber extraction, illegal agricultural activities and indiscriminate hunting particularly of species that are of conservation importance such as chimpanzees and elephants which have high commercial value – elephants for their tusks and chimpanzees for ritual medicines traditionally believed to make one strong. This project's conservation efforts are firstly inherent in the continuation of efforts and conservation presence we are providing for this critical forest landscape in southwestern Nigeria.

Article featuring the project on Mongabay