The project aims on the conservation of endangered species from Tocantins and Paraná basins headwaters in the state of Goiás. 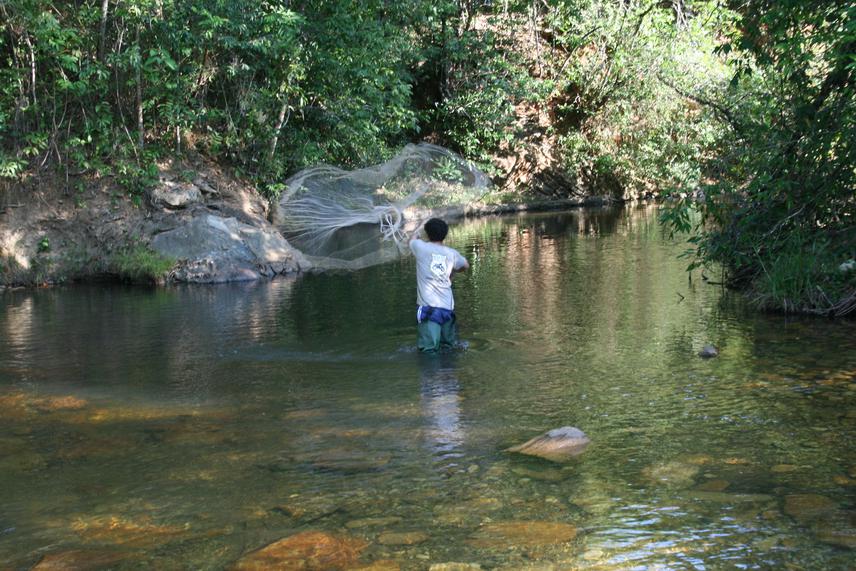 The Pirapitinga project began in 2009 when we discovered an isolated populations of the threatened Characiformes fish commonly known as “Pirapitinga” (Brycon nattereri) in the headwaters of Tocantins and Paraná River basins, in the state of Goiás. Since then, we started a research program focused on the identification of the sites where this species is located, and the same for other rare fish species from the region, aiming to determine their abundances and to relate their occurrences to environmental factors, to determine the limits of their distributions. This information is then used on an environmental awareness program in which we make a close contact to land-owners of the region, when we discuss the importance of the maintenance of physical structure of water bodies, as well as underground recharge areas, for the preservation of the water quality of the streams that compose these headwaters, and conservation of the species that inhabit them.

In the current phase, the project intensified field activities, including periodic sampling of the streams biotic integrity, analyzed by features of the fish assemblages in drainages from the Tocantins basin. This new research program will allow us to make inferences on the importance of rare species, from these headwaters, for the ecosystem functioning represented by the streams, especially highlighting the importance of these rare fishes on some fundamental ecosystem services such as seed dispersal. We are also making more intense education efforts, once we started an even more close contact with land-owners, offering them support on the adoption of better land-use practices, such as physical maintenance of the structure of water bodies, preservation of the riparian forests and proper waste disposal practices.