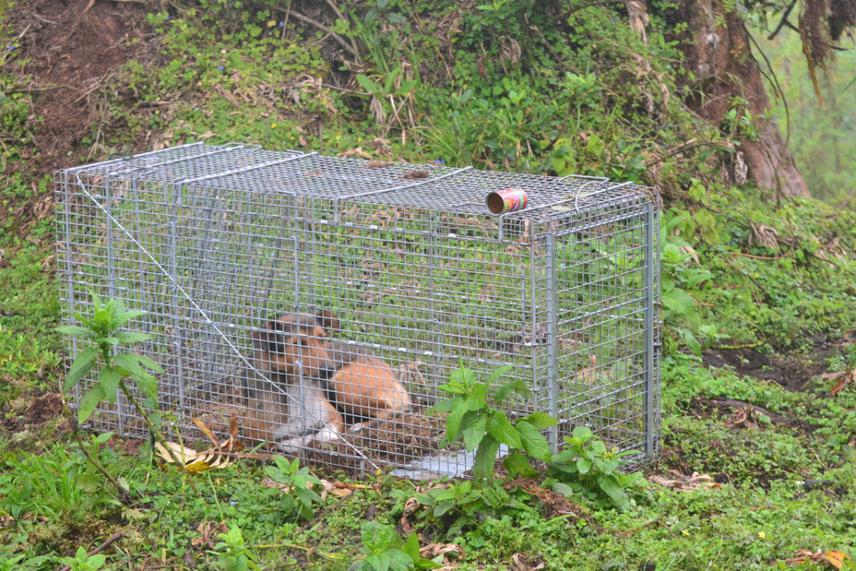 Feral and Free ranging dogs have emerged as a threat to wildlife in Volcanoes National Park presenting a conservation concern. Of recent, feral and free ranging dogs are killing wildlife at an alarming rate. Antelopes (e.g. duikers and bushbucks) and monkeys (Golden Monkeys) are the major victims of these dogs. Although the direct killing of wildlife is the most apparent form of damage, dogs also harass or chase endemic species, which results in non-use of some areas and may affect the breeding success of native species. This form of biologic invasion may also seriously affect wildlife in the form or pathogen transmission. In long run if the dog issue is not addressed, they might pose a danger to the endangered species like Mountain Gorillas (Gorilla beringei beringei).

b) Undertaking a questionnaire survey among dog owners living in the vicinity of the park to assess the motivations and reasons for keeping dogs and reasons why dog owners allow them to go feral.

c) Community outreach activities to sensitize dog owners on the dangers of allowing dogs to go feral and their impact on wildlife and public health.

d) Training rangers who will be at the forefront of monitoring and trapping feral and free ranging dogs mostly in the national Park during and after the project timeline.