Savu sea is a national park in Indonesia where spinetail ray (Mobula japanica) mostly found. The importance of ray to ﬁsheries and local livelihood has increased the pressure on its population. The declining population of spinetail may not only aﬀect by one location, but many due to the fact that this species is a widely migrated. To protect spinteail population, information regarding the current population condition is required. Through this project we will collect recent data of spinetail population in Savu Sea with the use of genetic approach and increase the awareness of local stakeholders for the sustainability of spinetail. 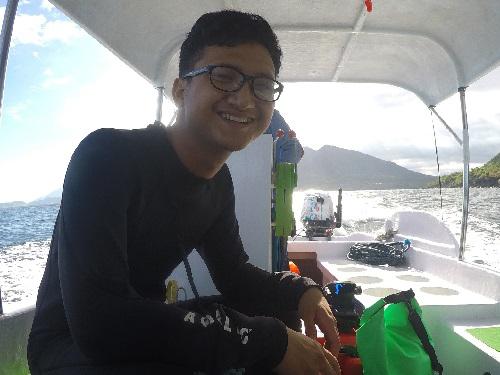 Savu Sea is known as an important habitat for nursery and migratory corridor; therefore, traditional ﬁshing practices are thriving within this area. Mobulid hunt has been known as one of the common ﬁshing practice in this area. Despite the attempt to protect the ray population by establishing National Park within several areas of Savu Sea, the ray hunt is still happening.

The recent report by Misool baseftin indicated that ray population in Savu Sea, East Nusa Tenggara (NTT) has been declined by 75% in 2014, with only 200 individuals found (Lewis et al. 2015). Spinetail ray (Mobula japanica) is one of the ray species that reportedly found within Savu Sea, both in National Park area (Nangalili and Rote) and in Solor. Due to its high distance of movement and spatial distribution ability (Francis and Jones, 2017), it is likely that M. japanica can migrate between wide areas within Savu Sea, which then raises a concern regarding the outside of national park. This non-synergy protection will have an impact on the sustainability of spinetail ray population. Therefore, using molecular genetic methods as a tool, we aim to study the connectivity of spinetail ray (M. japanica) populations in the diﬀerent locations within Savu Sea.