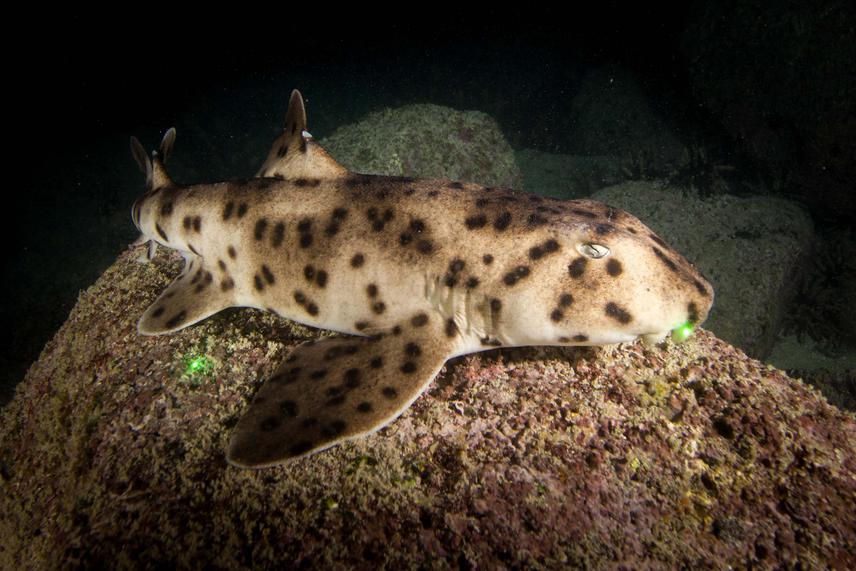 Sharks have lived on our planet for more than 400 million years and inhabit all mayor oceans. Many of these large predators are caught by industrial and small scale fisheries to sell their fins or as so called by-catch. Sharks have a long life span, mature at a late age and produce few offspring. This has led to a vast decline of numerous species, which are now threatened by extinction. Research and conservation efforts have concentrated on large pelagic sharks. Unfortunately, the vulnerability of smaller, less charismatic species, such as the Galapagos bullhead shark (Heterodontus quoyi), has not been evaluated. Therefore, this project aims to provide a current insight into the species’ population status to guide international organizations and local authorities to implement suitable management strategies.

Research funded by the first RSG made major progress to identify and protect coastal shark habitats in the Galapagos Marine Reserve. Nevertheless, inconspicuous species like the bottom-dwelling bullhead sharks haven’t been considered in current management plans. This project thus uses a combination of citizen science and field research to provide scientific data on the (1) geographic distribution, (2) population size, (3) demography, and (4) genetic structure to assess the species’ vulnerability.

1) Determine the geographical distribution of bullhead sharks within the Galapagos archipelago and identify key habitats, such as nursery and reproductive areas. This spatial data, will enable us to evaluate the new zoning of the marine reserve.

2) Photo-identification of individual sharks will be used to estimate the population size of Galapagos bullhead sharks. Locals and international visitors will play a crucial role to gather photos through our citizen science website (www.bullheads.org).

3) Photogrammetry, the measurement of a shark by projecting a length reference onto a digital photograph, will determine the size distribution of bullhead sharks. Further, we will determine the gender of all individuals based on external characteristics to reveal the demographic structure of the population.

4) Finally, we will analyse genetic samples from various locations within the species range, to assess the population’s the level of connectivity.

To achieve these goals and secure the application of scientific findings to management, we work closely with the Galapagos National Park, several local NGO’s and the Galapagos Conservation Trust, UK. Together with local volunteers we will host workshops and organize educational events to build capacity, educate and encourage the participation of citizen scientists.