Knowing the Past and the Present, to Improve the Future: Ray Fisheries in the Upper Gulf of California

This project will generate new information for several species of rays that are heavily exploited in the Upper Gulf of California, through statistical analysis of trends in historical catches and its possible correlation with climate change, as well as obtaining information from fishermen through interviews. Our results are intended to contribute to population analyses to estimate the degree of vulnerability to overfishing, and begin a robust analysis to establish fishing management and conservation plans, likewise, it will help to strengthen information about the importance of conservation of rays species and will improve the level of awareness among the fishing community. 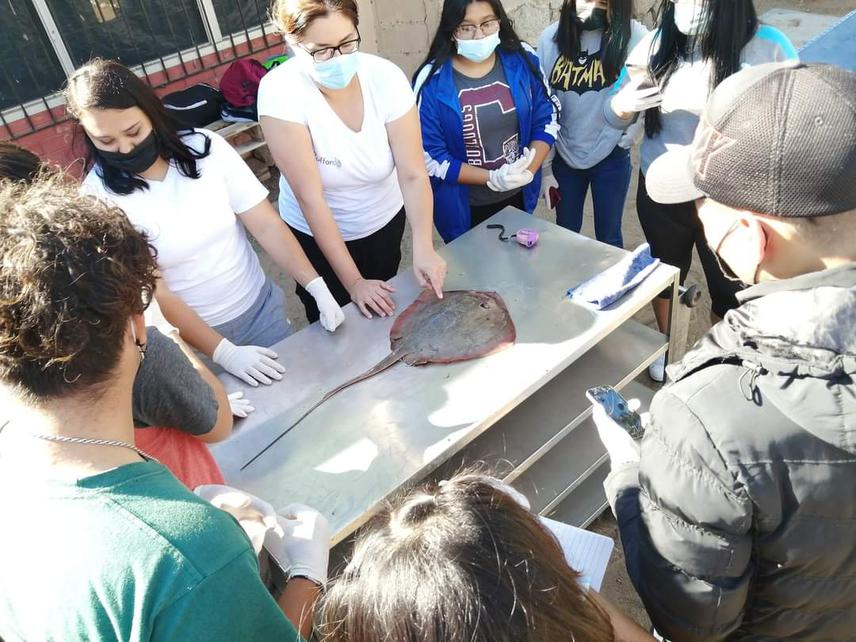 The project will generate new information for several species of rays that are heavily exploited in the Gulf of California; this information will contribute to population analysis to estimate the degree of vulnerability to overfishing, extinction risk, as well as the correlation in the historical trend of capture with sea surface temperature throughout the years of study. This will help to start carrying out more robust analysis to establish fisheries management plans for these species.

We will try to gather all the historical information possible about the oldest catches of rays in the Upper Gulf of California to the present day, an area that is highly exploited by artisanal and industrial ray fisheries, on the eastern coast of the Baja California Peninsula, work directly with fishermen from approximately 14 fishing camps.

Our methodology will consist of interviews with fishermen and the use of fishing records provided by a Mexican government fishing institution, all this information will be compared with environmental data, which will be processed using monthly satellite data from 1982 to 2019. Field trips will also be used to provide information on conservation and correct identification of ray species to the fishing community. The training of fishermen will make them aware of the importance of the correct identification of the species, as well as other aspects such as respect for the closure of sharks and rays of the Mexican Pacific, respect for threatened species and their ecological impact, all this will be reflected in the long term in the positive population trend of these species, as well as, will allow for the first time to assess how global warming is affecting the abundance or presence/absence of species of rays in the Upper Gulf of California.

Finally, this will have a beneficial impact with the necessary information to support the population status of the species, for example, for those that are classified as Data Deficient of the Red List of Threatened Species of the IUCN, in addition, this new and updated database, will allow to serve as a baseline for future conservation work of several species, monitor the catch volumes, register new species or those that have ceased to be caught some time ago.