• Evaluate the status of the A. laetissimus population by monitoring its abundance, ecophysiological parameters, and environmental variables to better understand its population dynamics and possible direct threats to its population.

• Epidemiologically monitor the population of A. laetisismus to determine the presence / absence of the chytrid fungus (Bd) and to be able to issue early warnings in actions for its conservation.

• Promote the sense of belonging and social empowerment through the development of conservation strategies together with the local communities in the SNSM to mitigate and reduce the threats that may cause a decrease in the harlequin toad population.

• Establishment of voluntary conservation agreements by farm owners and farmers that allow effective protection of the habitat of A. laetissimus. 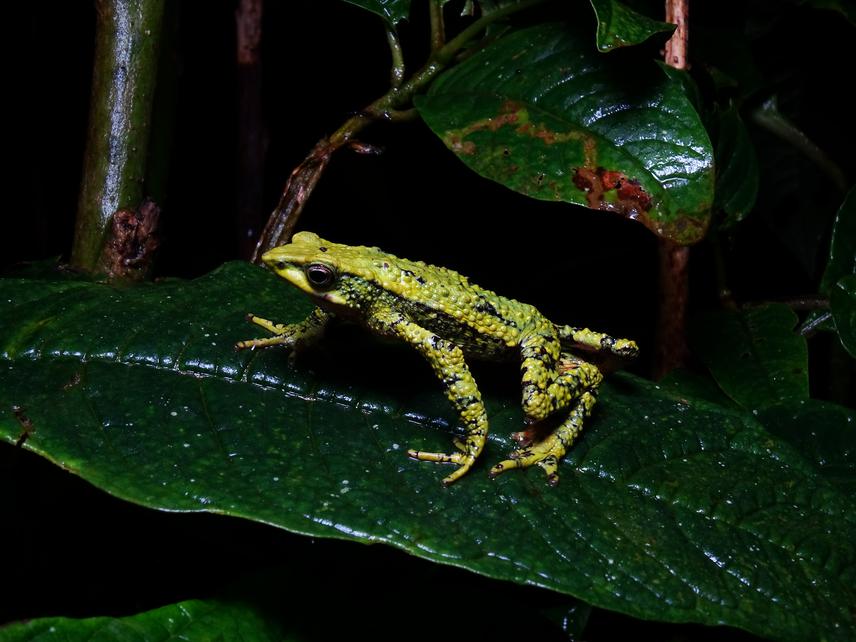 Harlequin toads have suffered severe population declines and extinction throughout their global range, which has listed them as the most threatened group of amphibians in the world, 84 of the 96 species are classified as endangered according to the IUCN. primarily due to chytrid fungus (Bd) and exacerbated by anthropogenic threats such as habitat loss and degradation, climate change, and the inherent risks of having large numbers of small populations within severely restricted areas. The Sierra Nevada de Santa Marta (SNSM) is the only reported case of apparently stable populations of high mountain harlequin toad. The reasons behind the presence of these remnant populations are largely unknown and to date no assessments have been conducted on the impact of Bd and other threats on these populations. In addition, there are no community-based conservation actions to protect the harlequin toad and the amphibian community in SNSM, therefore, our project aims to ensure the conservation of an endemic and critically endangered population Atelopus laetissimus in the SNSM of Colombia, through the monitoring of the population and the development of community conservation strategies together with the local communities.