Dolphins of the Green Coast: Evaluating the Effectiveness of Marine Protected Areas Towards an Endangered Cetacean in South-Eastern Brazil

Since marine ecosystems provide vital services for humans, the United Nations established the goal to “Conserve and sustainably use the oceans, seas and marine resources for sustainable development” through the 2030 Agenda. This goal induces the establishment of a network of Marine Protected Areas (MPAs) and proposing tools to manage marine resources in sustainable ways. In particular, the Aichi Targets indicate that, until 2020, each country should protect at least 10% of coastal and marine areas, especially those important for biodiversity maintenance and ecosystem services. Although Brazil has recently reached 25% coverage, studies revealed the ineffectiveness of some MPAs. Therefore, to evaluate the effectiveness of MPAs, we chose two of the largest Guiana dolphin populations (Sotalia guianensis) as bioindicators. Dolphins comprise good indicators of ecosystem health, acting as key, umbrella, sentinel and top predator species, being sensitive to human disturbance. Since these populations are in two areas considered a priority for the conservation in Brazil (Sepetiba and Ilha Grande bays), the effective protection of their areas will likely safeguard several other marine species, such as fishes, seabirds and invertebrates. 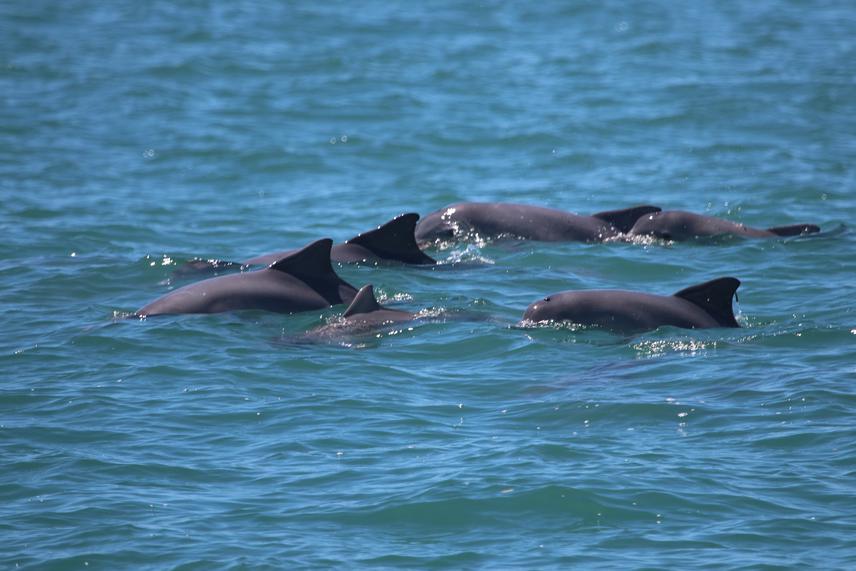 However, both bays are commercially important for economic development and degraded by anthropogenic activities. Overfishing, port activities, diseases, pollution, mining and industrial expansion are some of the human activities inducing the decay of several Guiana dolphin populations along the Atlantic Ocean, including the Brazilian coast. Thus, we will evaluate the effectiveness of MPAs to safeguard Guiana dolphin populations through distribution, acoustics and residence analyses, and promoting awareness in local communities about the importance of MPAs and the Guiana dolphins.

As a result, our project will propose the creation of special areas within the MPAs to protect the most important areas for the Guiana dolphin populations.

Therefore, we will be able to directly contribute to the management of these areas providing guidelines to manager and stakeholders of the MPAs to reduce conflicts among the local community, port activities and biodiversity.