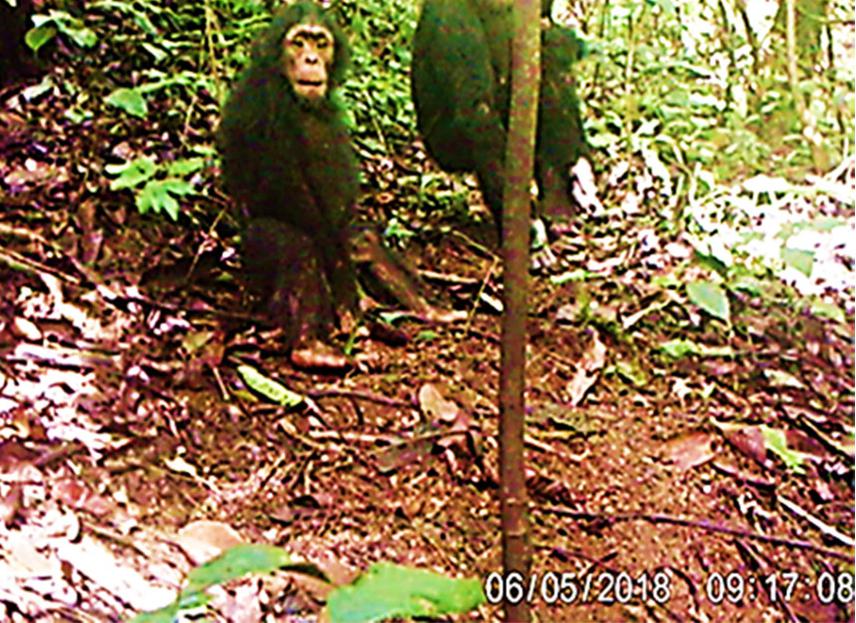 The availability of primate diets depends on the spatiotemporal variation in the phenological events of plants (van Schaik et al. 1993; van Schaik and Brockman 2005). Fruit availability varies between different habitats and seasons: at some study sites, ripe fruits are highly abundant during the wet season (Basabose 2005; Hernandez-Aguilar 2009; Suzuki 1969; Tutin et al. 1997) while at other study locations fruit abundance increases during the dry season (Hockings et al. 2009). Fruits represent a significant portion in the diets of great apes such as chimpanzees, bonobos and gorillas, which spent a considerable amount of their foraging time eating fruits (Tutin and Fernandez 1985). About 78% of chimpanzee's diet is made up of fruits (Tutin and Fernandez 1985). Studying the diet of chimpanzee can reveal vital information about habitat use (Bryson-Morrison et al. 2017).