The overall aim of this project is to better understand the habitat needs and food resource utilization of Pan troglodyte ellioti in Kom-Wum Forest Reserve and Mbi Crater Kefem Landscape in the North - West region of Cameroon.

The specific aims of our research are to: 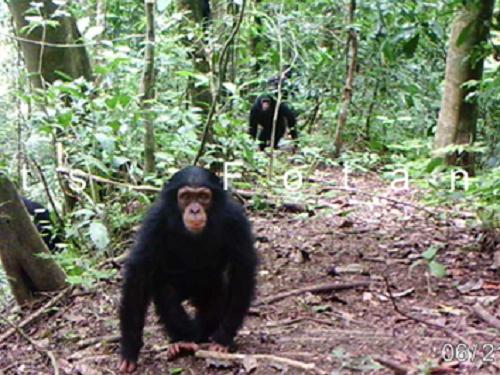 The Nigeria-Cameroon (Pan troglodyes ellioti) is the rarest and most threatened sub-species of Chimpanzee. The ecology and behaviour of remaining populations in the North West region of Cameroon is unknown. Line transect, Wildlife Camera trapping, and collection of faeces samples will be employed as non-invasive research methods in this project. 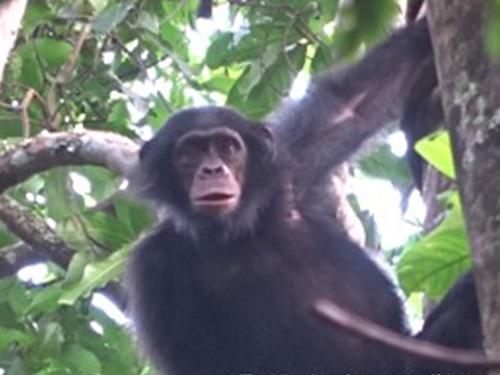 Line transects will be monitored on monthly basis for four months by a team of three individuals. The team will mark the GPS location of all visible group or individual nests, estimate their ages, and measure perpendicular distances to the line transect. For every nest site, the chimpanzee train will be followed forward or backwards until three nest sites for the same group are found. Feaces droppings left behind by chimpanzees shall be collected using the COPAN Culture swap transport package system. The length and diameter of all discarded tools at chimpanzee feeding sites will be measured using a meter tape and Caliper respectively and will be categorized following the method used by Fowler & Sommer (2007).

Distance package 6.0 (Thomas et al., 2002) will be used to estimate chimpanzee density from the Standing Crop Nest and Mark nest count methods. Camera traps footages will be screened for the presence of chimpanzee and behaviour. Feeding habits and gene flow will be investigated by amplifying DNA from microsatellite loci extracted from chimpanzee faeces using Qiagen mini stool kit and two step amplification technique. Population genetic diversity and migration patterns between chimpanzee’s subpopulations will be analysed using the genetic drift (Fst) and the mantle test.

This data will serve as a tool for direct on the ground biological–monitoring and direct law enforcement activities by the government of Cameroon. Ultimately, this research will contribute to a better understanding of this subspecies ecology and future conservation planning.