Awareness Creation on the Presence and Conservation of the Preuss’s Monkey (Allochrocebus preussi) in Mount Cameroon, South West Region of Cameroon

The continuous destruction of forest habitats for agriculture and urbanization, coupled with increasing bushmeat consumption especially large mammals due to human population increase call for concern in the conservation of primate’s species especially the endangered Preuss’s monkey. In this project, recce transects will be used to assess the size of the population of Preuss’s monkey and questionnaires will be administered to document the perception of locals of its conservation in the Mount Cameroon National Park (MCNP) and its buffer zone. The results will update knowledge on this rather less studied species and also the IUCN red list status. 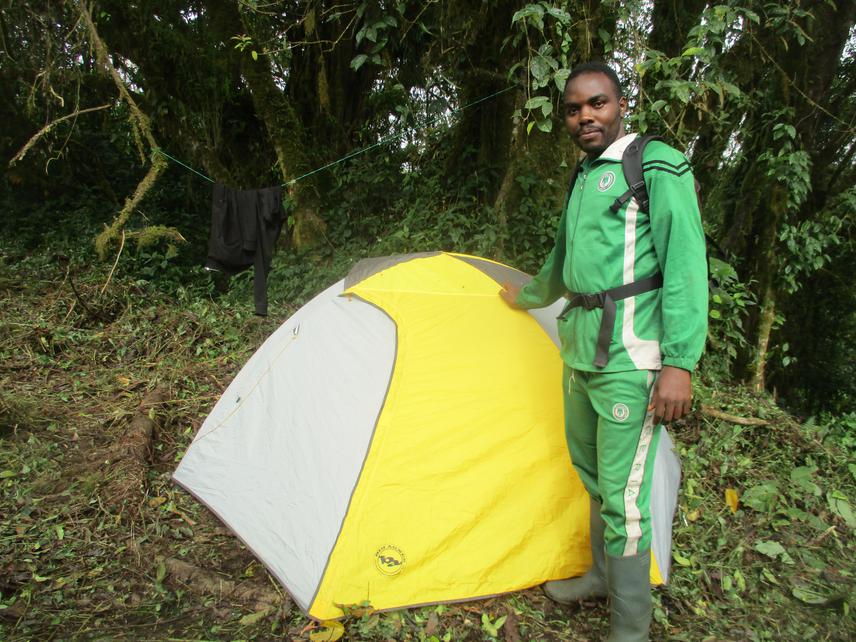 The Preuss’s monkey (Allochrocebus preussi) is one of the primate species whose survival is endangered according to the IUCN red list of endangered species 2016. This is due to increasing pressure from human activities and forest degradation. This species has a limited range in Cameroon, Equatorial Guinea and Nigeria. Irrespective of its limited range, there has been no comprehensive population survey of this species, except on Bioko where the species has undergone declines exceeding 65% over a 30-year period between 1986 and 2016 (Cronin et al., 2019).

We will collect information on group size and composition (age/sex ratio) of Preuss’s monkey, their associations with other primates; estimated relative abundance, distribution and activities and using the recce method. While slowly and quietly walking on trails (hunter and animal trails), brief

stops will be made frequently by a three-person research team to scan the surrounding forest for the presence of Preuss’s monkey. Each time Preuss’s monkey is seen, data will be recorded using the format recommended by White and Edward (2000); approximate number of individuals observed, name of location, GPS coordinates (Using Garmin GPS 62s), date, time, type of observation (direct and vocalization) and identification of their age/sex class (adult males, adult females, juveniles and infants) when possible. Any group that is observed about 50 m interval will be considered as same group, but groups that are observed ≥ 200 m will be considered as separate groups (Edward, 1992).

Questionnaires related to awareness, knowledge, and attitudes of interviewees towards the Preuss’s monkey will be administered to local interviewees. Interviewees (Household heads and/or one other individual ≥20 years) will be randomly selected from each household. A total of 200 questionnaires will be attempted in all the households, following the approach of Gadsby (1990). Surveys will be done early mornings (7:00 to 9:00am) before farming activity begin and late evenings (5:30 to 7:30pm) after farming.

The population estimates of this species will give a clearer idea on how endangered they are presently at least from this site and also a baseline data that will be used in future to compare population trend of this rather poorly known species. It will also help in updating the IUCN red list.