Awareness Creation on the Presence and Conservation of the Preuss’s Monkey (Allochrocebus preussi) in Mount Cameroon, South West Region of Cameroon 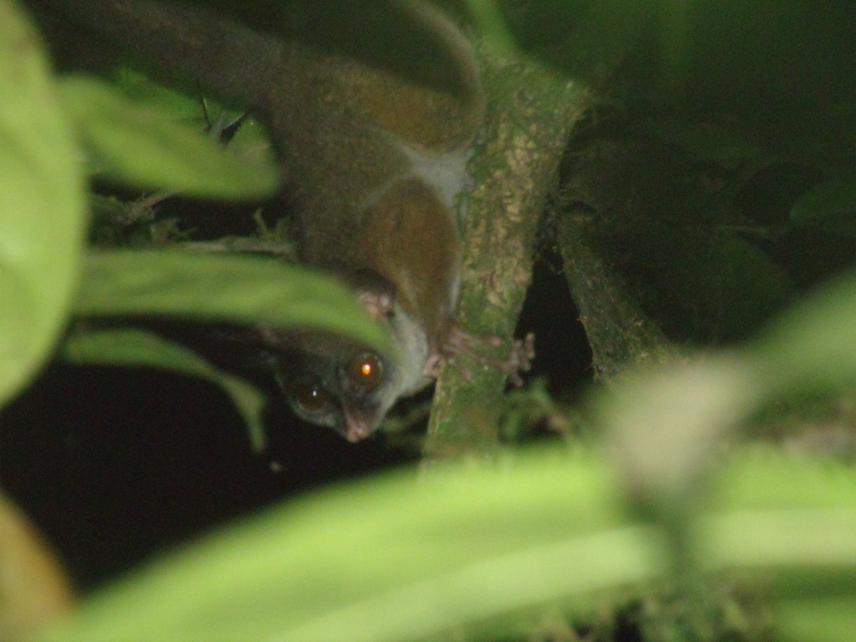 Traditionally, huge gaps still exist between the studies of diurnal and nocturnal primates. Despite the fact that the suborder Lorisiformes contains some of the most specialized primates, this group of primates easily vies for the IUCN status “least known of all the primates”. Literature search has shown that nocturnal primates have not been given the same attention as their diurnal counterparts may be due to the period of the day that they are active. Very little is known about them and their conservation status in the Congo Basin particularly the forest of the Mt Cameroon area in West-Central Africa. Therefore, there’s need to understand their ecology, and habit preference.

The study areas will each be divided into small plots and already existing footpath will be identified as transects of 1km each in the villages, while in the park they will be established where possible. These line transects will be surveyed in the different plots between 7 pm to 10 pm at the speed of 1km per hour; movement/timing will be adjusted when the animals are sighted. Yellow head lamp and hand flashlights will be used to spot the eye shine of the primates since they flee at the sight of white lamp.

This will be done for the six different sites to better compare the abundance and habitat adaptation. Interviews will be conducted using questionnaires to assess the knowledge and perception of the local population of these primates. This will be done with the aid of a local interpreter for a better understanding of the locals. They will be asked of everything they know and do with the nocturnal primates, from using them as food, pets, rituals etc.

Results of our study will act as another data layer on the work of other authors in the region. At the end of this study, we will be able to give exact records on the population of these species in the Mt Cameroon area base on habitat and vegetation types. Understanding both the anthropogenic and natural threats that these species are facing will be paramount in the course of this study, and may upgrade its IUCN status for this region.