This project aims to promote nature conservation and environmental issues trough out a religious (Islamic) teachings, as well as increasing communities awareness at the surrounding protected areas to contribute to the conservation activities based on their belief. 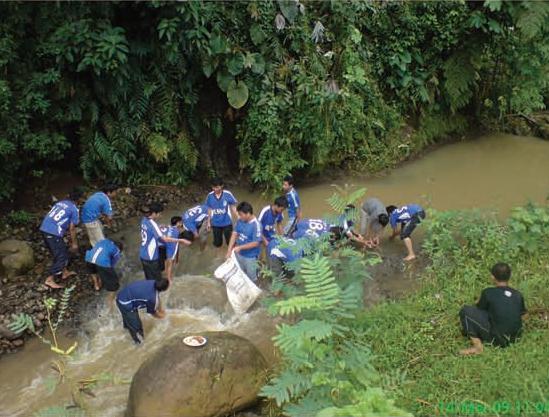 This project will be running in three parts of activities: 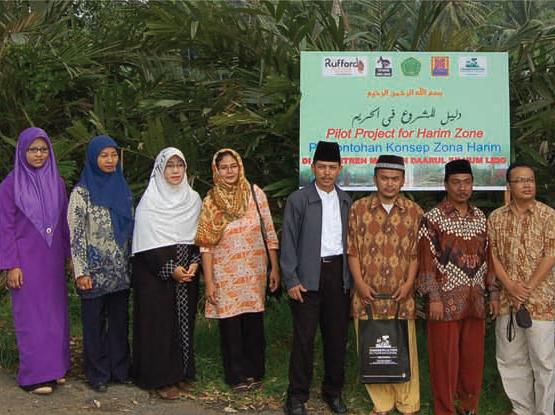 Part 1 – Dialogue with the Islamic Boarding School to incorporate the conservation messages in Islamic teaching.

Since there is already a strong interest and commitment on the part of Islamic leaders, who have significant influence in rural areas, to promote nature conservation and environmental issues in their religious teachings, and that these teachings can be used effectively in local communities. Building on this foundation, there is now an important opportunity to reach large numbers of youth – with messages about conservation using Islamic teachings and traditional venues, most notably, by working with leading Islamic scholars and institutions in Indonesia, and by working with the Religious (Islamic) boarding schools.

Part 2 – Publish materials on the Islamic teaching on environmentalism for youth and general public.

This project will support a broad range of projects linking conservation and Islamic environmentalism by publishing ‘a guide book for Islamic Conservation Practice” working with Islamic scholar. Hopefully this guide book will serve as a model for other parts of Indonesia as well as for other Moslem countries. The book will use Islamic approach trough for conservation wisdom, triggering a new involvement of protection of biological diversity based on Islamic traditional system. The book will be disseminated to the Islamic Boarding School for their use. The Islamic boarding school (Pesantren) have a strong potential to be a change agent by teaching sustainable natural resource management practices to surrounding communities, including villagers living in the vicinity of the national parks. The book basically using some classic Islamic tradition quoted from classic text of Islam as well as some current conservation reference materials such as IUCN publication on Hima system implemented in other Muslim countries.

Part 3 – Determine potential pilot project to implement hima and harim system at the watershed areas nearby the Islamic Boarding School at the vicinity of Gede Pangrango National Park and Halimun Salak National Park.

Activities in this project would entail initiation of conservation practices example based on Islamic teachings. This is done by introducing Hima concepts, Islamic ways to protect forest and natural resources, and water resource in the area surrounding the Gede Pangrango and Halimun Salak parks by distributing education materials and planting activities.