This project will be scale up the previous project: Introducing the Islamic hima and harim zone system as new approach to nature conservation in Indonesia. 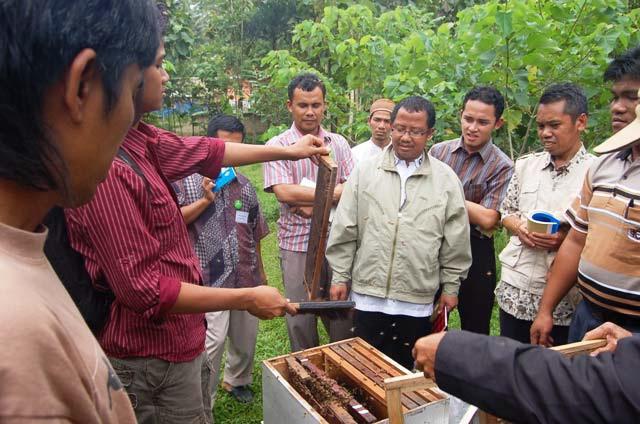 The project will initiate community awareness initiative trough Islamic teaching to contribute in conservation around Mt Gede Pangrango National Park and Mt Halimun and Salak National Park boundary. The two parks are the strongest hold of the last biological diversity and endangered species in Java region such as the Javan gibbon, Javan hawks eagle, clouded leopard etc, as well as last frontier of the important ecosystem services area in several the West Java, Indonesia.

A formal conservation approach has been not enough in respond the conservation effort in today’s environmental challenge. Since 20% of the global emission is causes by forest degradation from the tropical rain forest, so initiative to protect any natural forest in mitigation and adapting to the climate change would be a need.

The hima and harim system is a classical Islamic approach that can be implemented in at the community base as well to increase awareness of the Muslim communities of how to respect and manage their nature, ecosystem and natural resources. The previous project: Introducing the Islamic Hima and Harim System as New Approach to Nature Conservation in Indonesia. Has been successfully conducted and have received wide response from the communities involved with the project particularly the Islamic boarding school (pesantren/madrasah) who involved in the proceed and project of implementation at the first phase and initially has response their This project also widely covered by local and national media.

Activities of this project included:

The teachers of the Islamic boarding school will be facilitated for conducting a workshop in exploring ideas and fulfilling students and curricula activities for the harim zone. Using the Rural Appraisal Approach (RRA) the workshop will exploring and discuss the effectiveness as well as the way how Islamic school would be managing the existing their vicinity river system.

2. Mapping and scooping potential harim zones at the vicinity of the Islamic boarding schools.

Mapping and surveys other potential success harim zone to be conducted for other windows of shared projects.

3. Introduction to the best practice of sustainable use of the natural resources (4 months)

The activities will be facilitated or training for 15-20 teachers in conducting the sustainable use of natural resources including best practice such as: organic farming, bee keeping, mushroom farming and marketing prospects.

Nature of India Blogspot - Titian Hope, Keeping the Breath of the Earth