The Mauritian fruit bat faced a lot of threats for the past years due to perceived impact it causes to commercial fruits. As a result over 30,000 bats were culled in 2015 and additional 10,000 in 2016.

That will likely upgrade the species status to Endangered or Critically Endangered. It is vital to know whether bats relay on commercial fruits. Hence, this research will assess whether young pups learn the feeding sites from their mothers (i.e. commercial orchards). The study will give insights into bat's cognitive abilities and use of episodic-like memory, helping to understand their behaviour and ecology. 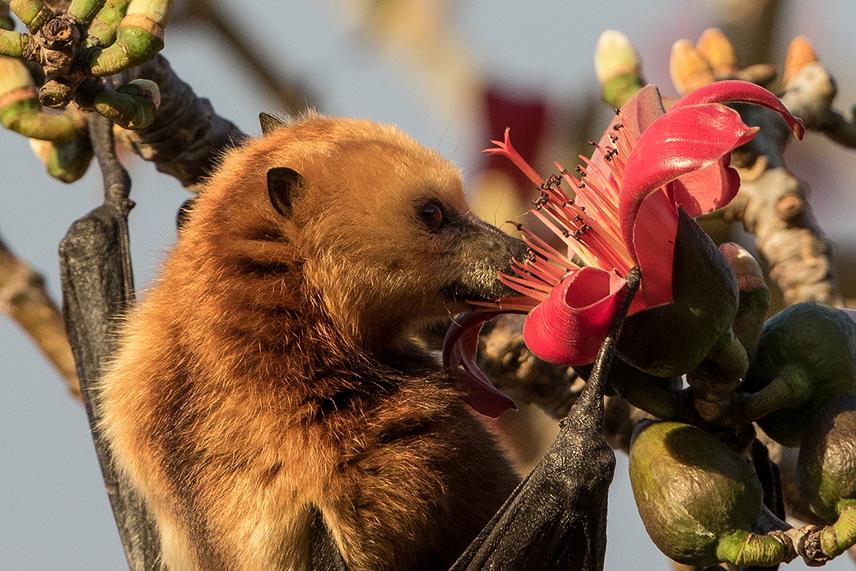 The use of cognitive maps and of episodic memory are both considered to be very high cognitive functions and it is highly debated whether non-human mammals possess them. A cognitive map is often defined as the ability to move in a new route that is unfamiliar to the animal between two known sites (i.e., a shortcut). This is very hard to prove in wild animals because their movement history is unknown, meaning that they could have taken any route in the past.

Therefore one of the objectives of this study is to track the movement of females and their pups to indicate whether the offspring learn how to navigate from their mothers and to examine if they build up a cognitive map at an early stage of life.

Episodic-like memory is defined as the ability to remember when and where a specific event occurred (a ‘what-where-when’ combination). It has hardly been studied in the field because of the difficulty to track animals over very long time periods. Because fruits are seasonal and relatively easy to predict in space, fruit bats seem to be the ideal candidates for evolving such a cognitive ability, remembering which fruit is available where at each season. This study aims to provide strong evidence for such long term mapping of the environment.