The endangered Mauritius fruit bats are blamed for all the damage caused to fruit farms and are perceived as major pests by local people, who are trying to remove bats from the protected species list. This study aims to assess the actual impact bats have on the fruit farms and ensure protection of the species. 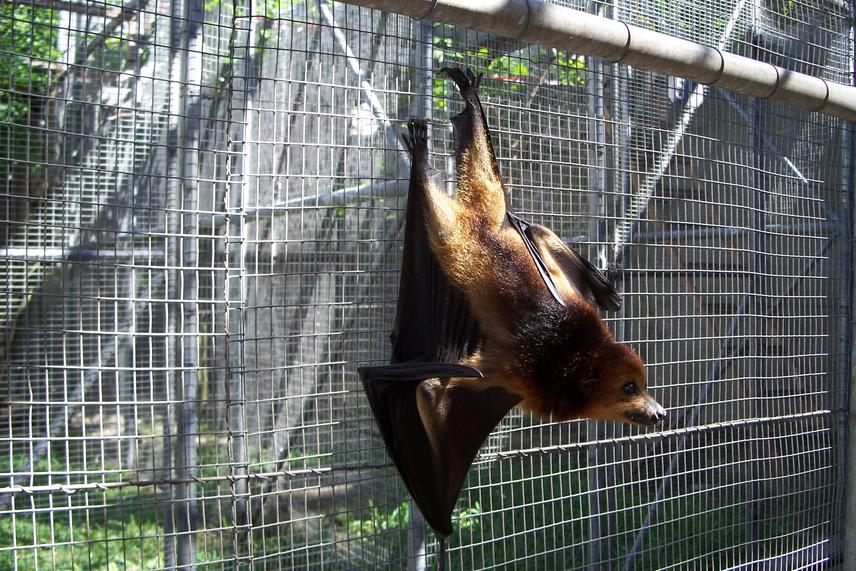 Pteropus niger is the only native mammal to Mauritius and is listed as Endangered with decreasing long-term population trend, although there has been an increase over the past decade. Current population is estimated to be of 56 000 and the number is based on a disturbance count method which is highly inaccurate and most likely doubled the actual number of bats. In October 2006 the government endorsed a culling programme for 2,000 bats because of their perceived role in inflicting serious economic damage on commercial fruits (mainly lychees, and also mangoes). Only six bats were officially culled, despite illegal hunting parties being known to kill up to a few hundred bats in one night. There was also an attempt to sterilize fruit bats in 2012. The biodiversity law is currently being revised and it is unknown whether further culling will be supported, however if this happens, the population could be decimated and become critically endangered in a short time.

Through collaboration with Mauritius Wildlife Foundation, the study will provide clear results on the actual impact bats and other animals have on commercial fruit crops and information about the bats’ movement patterns, home range, habitat selection and important feeding and breeding sites. Owners of commercial fruit orchards see bats as pests claiming that they cause major financial losses. It is important to reach such groups and work close with them to quantify the loss they experience and change their perception by providing hard data about the damage caused and benefits brought by bats at the community and ecosystem level.

The study will also estimate the number of bats more accurately and model future population change and distribution, indicate important bat food sources and highlight the role of bats as seed dispersers and plant pollinators. All of these data will be combined in a management plan and recommendations for future fruiting seasons and will help to conserve this important endangered Mauritian mammal.