The basic aim of the project is to aware local community of eight linked valleys of Chitral along with young folks about the significance of unique/endemic plants, share alternative sources to reduce their exploitation and move a step ahead for their conservation. Further also cover the gaps left in previous collection (1st RSG). 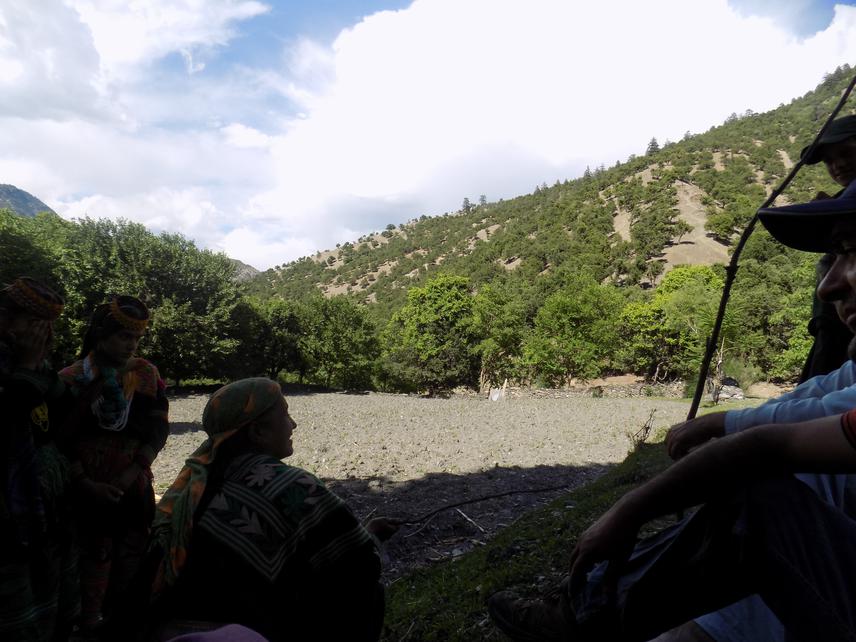 Main valley of Chitral is 354 km long with 4800 m width. But at some places it is further narrowed while the side valleys are even narrower. Elevation of the area also varies from about 1070 m like in Arandu to 7,690 m at the summit of Tirich Mir in the Hindu Kush. Hence High Mountain and rough topography of the area have given rise to lot of narrow side valleys. The valley is narrower at the beginning along with the border of Afghanistan i.e Arandu on one side and Lowari pass on the other side, then the valley expand its width and many smaller valleys are formed. In the middle the rivers coming from upper Chitral and “Gharum Chasman” meet at this point. Further to right side on the Mastuj-Yarkhun track the valley is bifurcated, on the right side the valley leads to Shandur. Thus eight valleys selected like Brir, Rambur, Goleen, Booni, Mastuj, Laspur, Parwak, Lowari/Drosh. All these valleys have linked with various small villages and have different in climate as well as geography. Most of them have different plants diversity. The link of community and students are in real need for the restoration of rare plants, as these are in more contacts with rarity of nature. So awareness would be extended to further valleys. In regard to collection, PMNH (Pakistan Museum of Natural History) is the only Natural History Museum that keep link with all categories of students. About 173 endemic plants reported from Chitral only, among the 428 total endemic plants. About 56 collected so far from First RSG so the covering gap in collection would serve as source for information/education in one roof. The aims are

3. Seeds collection would also be continued for their further use in conservation.

4. University students will be taken to field of endemic plants for their practical involvement and future research attractions