Online remote monitoring will be implemented through the use of the Internet as a communication medium, to publicize and raise awareness of the passive blue whale watching (WW) method implemented in the Loreto Bay National Park (LBNP), Gulf of California. Involving WW providers and tourists will help to transmit and reinforce the concept of long-term sustainability of both blue whale conservation and the WW activities. When people have the possibility to see the videos in real time of monitoring the blue whale WW activity through the internet, they will become aware of how the activity should be carried out, and therefore these same people are those that will demand and direct that the WW activity at the site be sustainable. 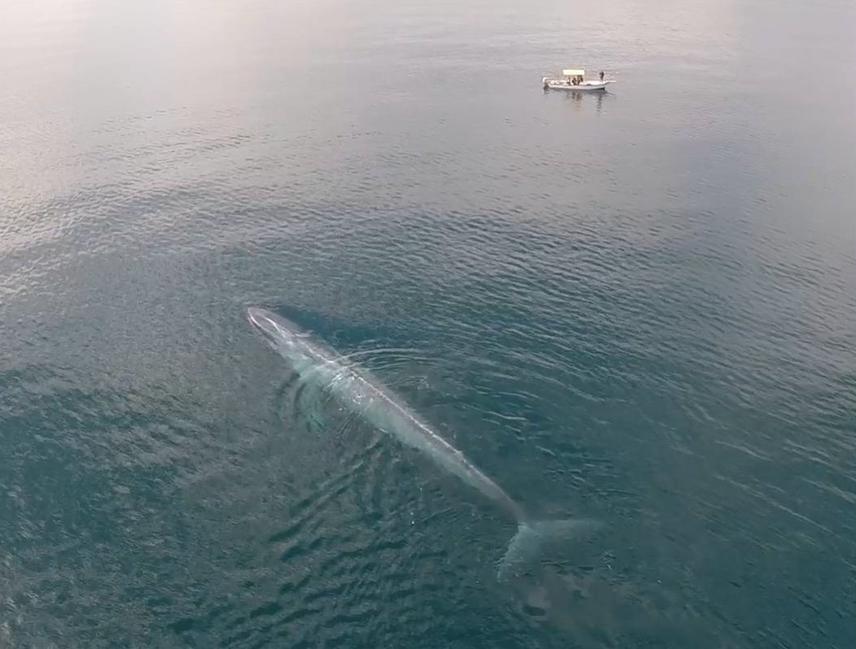 While the blue whales in the Loreto Bay National Park (LBNP) are subject to whale watching (WW) activity, which is done with the least possible impact through the passive method, a decrease in the whales’ body condition has been consistently observed since 2015. This is a subject of concern to all park users. Likewise, our remote monitoring with the IP camera, carried out during the 2019 WW season, proved to be a very useful tool to complement the LBNP manager WW monitoring, and for scientists to obtain data to study the effect of boats on the behavior of blue whales. The usefulness of the footage produced by the system in illustrating the passive WW method to WW service providers was also demonstrated at the annual meeting in October 2019.

Making the footage recorded by the IP camera generally accessible through the Internet will raise awareness of the new passive method among users (WW providers, tourists and communities), locally, nationally and internationally. We believe this will help consolidate this passive method and its positive effect on the conservation of the blue whale and the sustainability of WW activity. As for the decline in the whales’ body condition we will continue monitoring whale body condition using the visual index and develop a more comprehensive index using morphometry from whale’s vertical photographs taken from our drone. We will also share information on individual blue whales observed every week, including their general body condition, on web page.