The goal of this work is to evaluate how socioeconomic and environmental factors influence hunting activity in human communities and the influence of these communities on the occurrence of terrestrial mammals in the Rio Negro Sustainable Development Reserve. To assess the hunting activity, we will work in partnership with the local people through participatory hunting monitoring, interviews and use camera traps to record the terrestrial mammals present in the reserve. The results of this project will contribute to the development of strategies to monitor and conserve the fauna of of Rio Negro RDS. 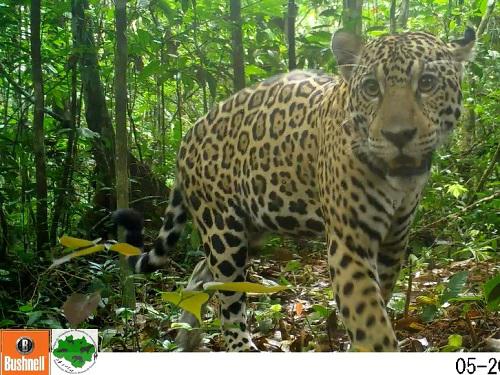 Hunting is an important resource for several tropical human populations for food as well as their livelihood. Despite the importance of hunting for food security for human communities, it is also a grave concern for biodiversity. Although it is a daily activity in Amazonian communities, information on hunting patterns, the drivers for hunting and ecological information about the hunted species are still insufficient for various protected reserve areas of Brazilian Amazon, making it difficult to assess the impact of hunting on the hunted species population and the real needs of residents. 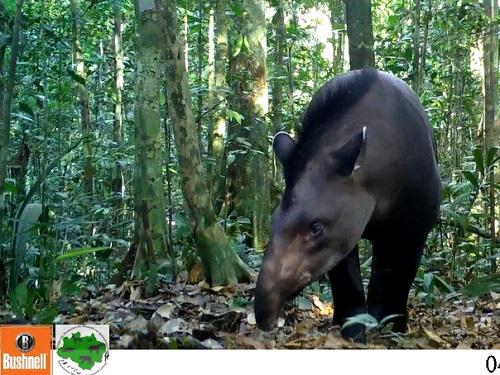 Among the hunted vertebrates, mammals account for most of the hunted biomass, including small species such as armadillos (Dasypus sp) and agutis (Dasyprocta sp) and larger mammals such as red deer and tapir (Tapirus terrestres). Terrestrial mammals play a significant role in the health of an ecosystem and its proper functioning through seed dispersal, predation and herbivore control, therefore considered to be good indicators of the environmental quality. The presence and abundance of species such white-lipped peccary (Tayassu pecari) and jaguar (Panthera onca) may indicate the environmental integrity of an area. Understanding how these species make use of the environment and how communities make use of the fauna is important for planning land usage and formulating efficient alternatives for conservation of fauna in human presence, especially in areas where communities traditionally use biodiversity for their living.

The Rio Negro Sustainable Development Reserve, State of Amazon, Brazil, is a sustainable conservation reserve, created in 2008, encompassing an area of about 103 thousand ha. 791 families live in the reserve at present and maintain their direct and indirect use of biodiversity through family farming, fishing, logging, non-timber forest products and tourism. In addition to these economic activities, the income of at least 89% of families also comes from various social programs of state and federal government.

This work proposes a participatory research with residents of Rio Negro RDS via interviews and participatory hunting monitoring to:

(2) Quantifying the hunting biomass of each species and the total biomass being removed from the forest,

(4) Analysis of different socioeconomic and environmental factors that may influence the gaming activity.

In addition, we will use camera-traps to:

(5) Assess the environmental and anthropogenic factors which may affect the occurrence of terrestrial mammals in the reserve.