Status Assessment and Community Involvement for the Conservation of the Taruca (Hippocamelus antisensis) in Jujuy Province, Argentina

This Project will provide information on the abundance and distribution of the Tarucas (Hippocamelus antisensis) in two localities of the Jujuy Province inhabited by indigenous communities. With the information to be obtained we will assess the status of the species in the area and identify key habitat for conservation that can be used as a baseline to delineate a Provincial Conservation Plan in the future. With the baseline information we will be able to implement a monitoring programme of the population numbers and threats. All the activities will be carried out with the involvement and participation of local communities. We plan to incorporate the cultural value of Taruca for local people to develop a sustainable ecotourism programme including handicrafts sale to contribute to local development and to the valorization of the species. The involvement of local communities will assure that through empowerment they become the true guardians of the species. 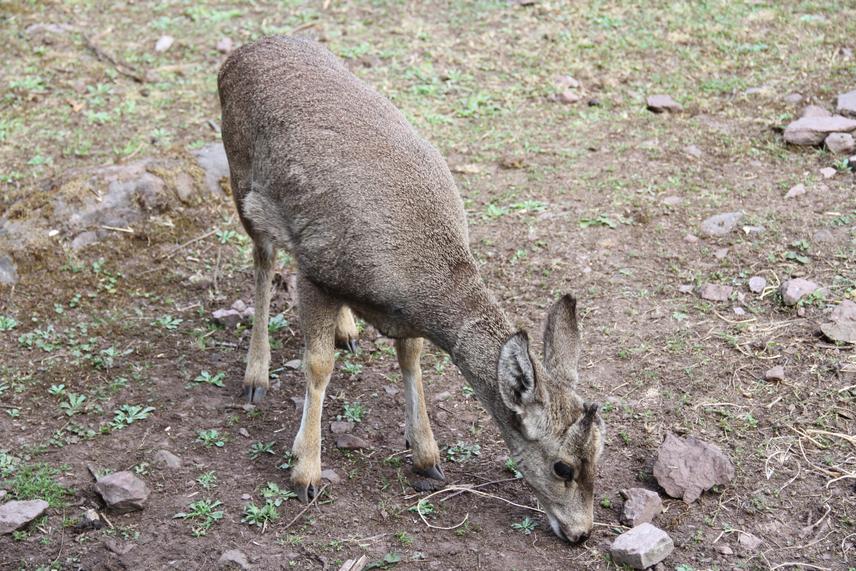 The Northern Andean Deer or Taruca (Hippocamelus antisensis) is a threatened, charismatic and flagship species with a global population estimated between 4000-6000 individuals. The species is found from Peru to nortwestern Argentina at elevations from 1,800 to 5,000 m asl in high altitude grasslands, shrublands and rocky areas. The IUCN categorize the Taruca as Vulnerable at global level with decreasing population trends and identify among main threats cattle grazing competition, habitat loss and fragmentation, geographic isolation of subpopulations, poaching, and dog predation.

In Argentina, according to the last edition of the National Red Book the species is categorized as Endangered because populations of the species are highly fragmented, there is a high risk of hunting and exposure to parasites and sickness due to overlap in time and space with cattle. To counteract the existing threats in Argentina the Taruca has been declared as a Natural National Monument and a National Project for the Conservation of the Taruca has been launched in 2011. In Jujuy province Taruca populations has been poorly assessed and for that reason it is urgently needed to evaluate its numbers and status to have baseline information to develop a Conservation Plan at provincial and local level.

Abundance, density, distribution and habitat important for Tarucas will be determined based on surveys. This information will help provincial authorities to take management and conservation decisions and to establish a baseline for future monitoring of the population of the species to evaluate effectiveness of the conservation actions taken. Information on important areas to protect will allow developing a zoning plan that conciliates economic activities with conservation and propose potential areas to be used for ecotourism activities in the future. With participatory work involving local communities we expect to change negative attitudes and behaviours toward Tarucas and enhancing awareness on the importance of biodiversity. This work will be based in workshops with local communities, sharing educational material, and capacity building for local guardians. Local guardians will be trained to carry out participatory monitoring of the species. Visitors, tourists, and general public will be reached through the signs set with information of Tarucas and its legal status.