Distribution, Habitat Availability and Population Characteristics of Seahorses in a Brazilian Estuary

Seahorses are threatened worldwide due to habitat destruction, overexploitation, and incidental captures. In Brazil, despite all seahorse species are listed as “vulnerable”, there is no action plan for their conservation. Estuarine/mangrove environments comprise the most important habitats for seahorses in Brazil. Such threatened ecosystems are highly impacted by anthropogenic activities, such as fisheries, coastal development, and tourism. The longsnout seahorse, Hippocampus reidi, is the most common seahorse species recorded in Brazilian estuaries and ecological data have shown its dependence on mangrove habitats, mainly in the NE region, where population declines have been reported. Nevertheless, there are important gaps concerning an integrated analysis of geographic distribution, habitat use, and local/regional threats, which could be directly applied to seahorse conservation. 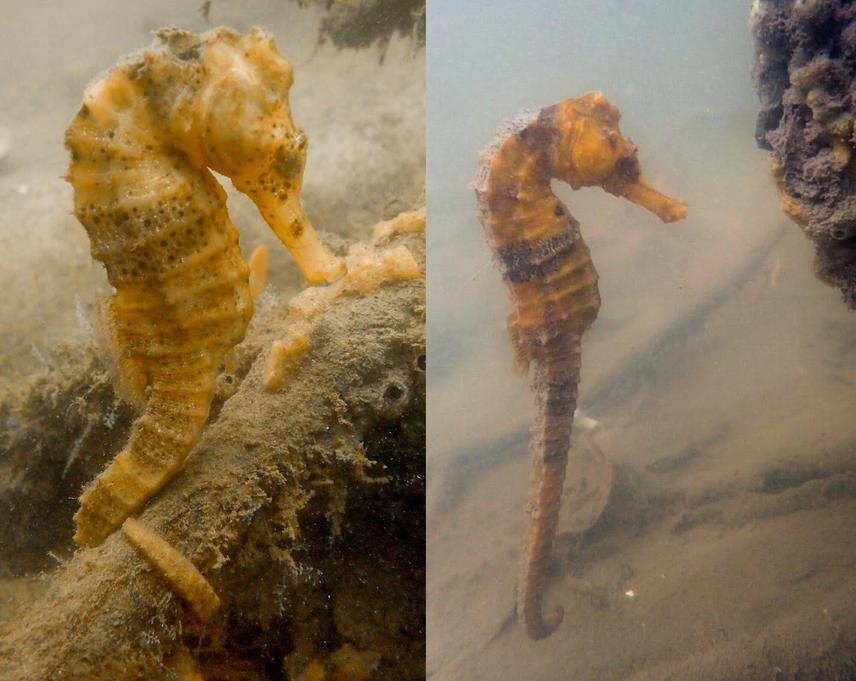 Hence, our main goal is to provide ecological and ethnobiological data, through a collaborative approach, to propose pragmatic actions towards seahorse conservation, using a regional estuarine area as a model. For that, we aim to map seahorse distribution and habitats in the estuary. Furthermore, we will assess the local ecological knowledge (LEK) on the and threats, value and protection of seahorses that can be used to promote effective conservation measures for H. reidi and its habitats.

Our model area is the Rio Formoso estuary (RFE), Pernambuco State, NE Brazil. It comprises the major estuarine complex of the Guadalupe Environmental Protection Area, with relevant ecological and socioeconomic importance, due to the presence of mangrove forests, reefs, and endangered species, as well as traditional fisheries and tourism. In the last decade, RFE has raised serious conservation concerns due to coastal development and severe increase of nautical traffic, which has been demonstrated to threaten seahorse populations, through behavioural shifts and population declines, also reported by fishers. Moreover, destructive fishing practices have been recorded, such as blast fishing and the use of non-selective fishing gears.