Microplastics are present in all oceans, representing a biological hazard to those organisms that ingest them. The fact that there are few scientific studies assessing their influence on the marine ecosystem and biodiversity is of great concern. Therefore, the objective of this project is to assess the presence of microplastics in the food web of the Galapagos sea lion (Zalophus wollebaeki), as there is currently a significant information gap on the threat status of the species (provided by the IUCN) in terms of marine debris contamination that needs to be urgently re-evaluated, mainly due to recent scientific evidence suggesting impacts on pinnipeds in South America. 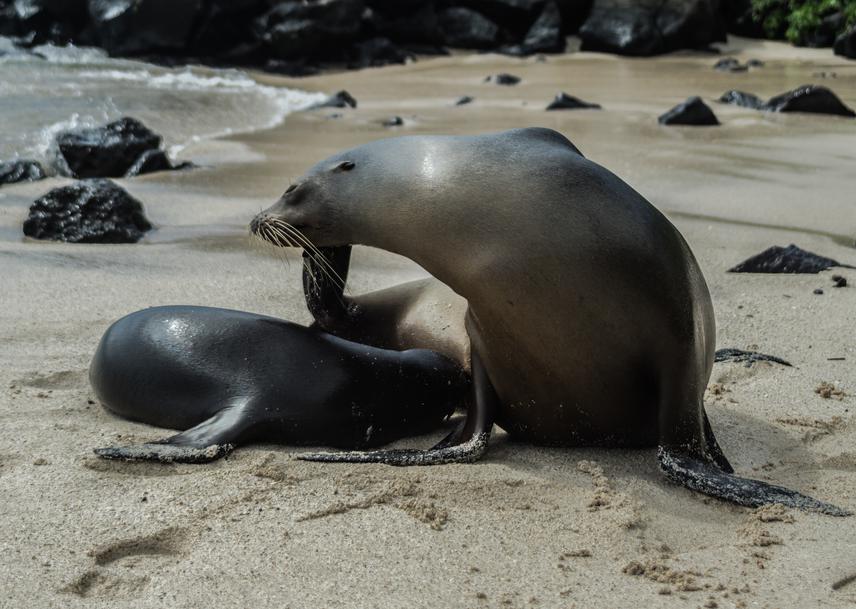 Specifically, the objective is to detect the presence of microplastics in scats collected from Galapagos Sea Lion rookeries exposed to different anthropogenic impacts on three islands of the archipelago. To obtain the results, the samples will be visually analyzed by stereomicroscopy to detect microplastic particles, and the main polymers will be determined by Fourier- Transform Infrared Spectroscopy. In addition, hard remains of prey in the scats will be analyzed to characterize potential contamination routes. Providing this information to decision makers, such as the Galapagos National Park, universities, or NGOs, can be extremely beneficial for the conservation of the species as it can trigger actions and interventions, either directly on the species, or on the problem, benefiting the entire ecosystem indirectly. In addition, it will provide valuable evidence for further understanding the impact of marine debris on pinnipeds of the region and the world.