Buffy-tufted-ear-marmoset is a small primate endemic and endangered in the Atlantic Forest, one of the world's biodiversity hotspots. It occurs in the most populous and industrialized region of Brazil and is one of the least studied primates of this country, without extensive survey conducted in the last 22 years. The National Action Plan for the conservation of mammals provides a priority to know how many and where are located the remaining populations of the species. We will establish a baseline to propose a monitoring program, conducting surveys in southern distribution limits, characterizing threats and raising awareness of the local community. 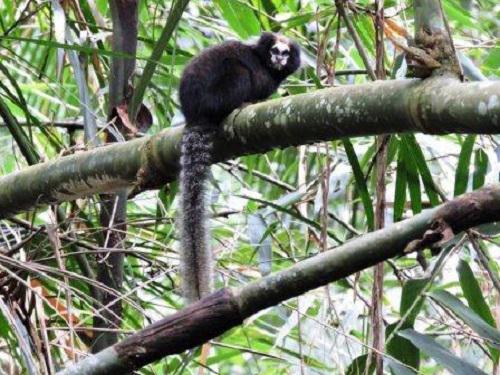 Although there is information on the fragmentation and degradation of Callithrix aurita habitat, there is insufficient information on the current occurrence of remaining populations of these primate. Another gap of knowledge is the southern and western limit of distribution of the species. Recent studies estimate that the population C. aurita decreased 50% in 3 generations (18 years). Therefore, this proposal aims to generate information on geographical distribution and threats about this still little known primate, endemic of the Atlantic Forest of Brazil and threatened of extinction at the national and global levels. 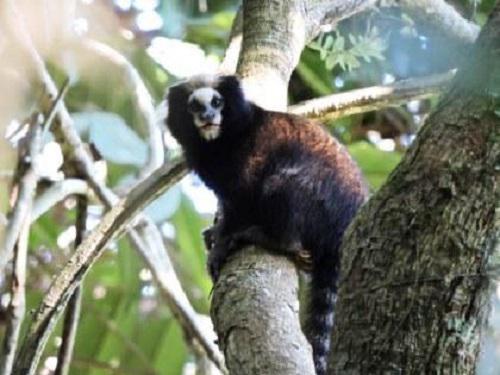 Based on the information of how many, where are and what the status of C. aurita populations conservation, It will be possible to identify key populations to maintain the target species and especially critical areas to adopt control measures and eradication of allochthonous congeneres marmosets with high risk of hybridization. In a near future, this information should support actions aimed at an integrated management program (in situ and ex situ) to active control and exclusion of invasive species in protected areas of occurrence of native species, and reintroduction and/or population supplementation C. aurita.

Initial data on presence or absence of C. aurita and other marmosets will be obtained through interviews with resident nearby. Then transects in search of native marmosets and / or invaders will be traversed using the method of playback. The anthropic threats (urbanization, agriculture and hunting) will be determined through interviews, in-situ evaluation and analysis of georeferenced data of threats and habitat configuration. To increase the local knowledge on the problem of invasive species and the need to preserve the buffy-tufted-ear-marmoset, lectures are given for surrounding residents.

Given the lack of recent information on the location of the remaining populations of C. aurita, it is expects to identify and obtain population size data of the species in three areas with different levels of protection and diagnosis of the possible presence of congeneres invaders. These areas are in the southern bounday of the species distribution, which is still unknown. Some of these areas have never been investingated on the occurrence of C. aurita, while in others the last survey occurred over almost 22 years.