Our goal is to improve knowledge on the processes leading to genetic structuring and connectivity within and between populations of giant and Neotropical otters in a complex river landscape of Amazonia, Northern Brazil. 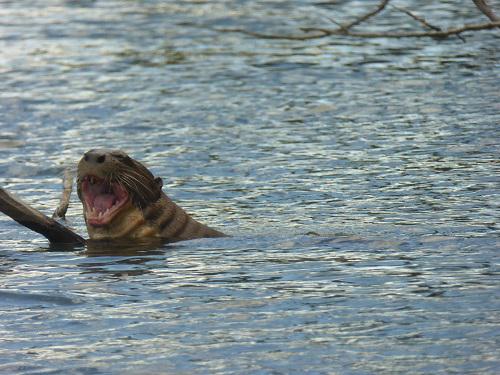 Knowing and understanding the processes underlying genetic diversity patterns and effective population size in natural populations is necessary for effective conservation planning, because this reveals key risks and the potential for mitigation. 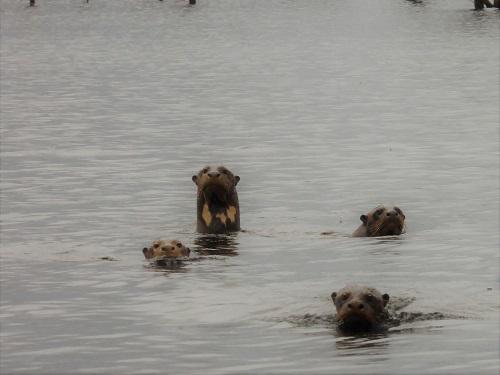 Giant (Pteronura brasiliensis) and neotropical (Lontra longicaudis) otters inhabit a variety of freshwater environments, and can coexist in the same habitats. The giant otter's current distribution is much smaller and more fragmented than the known historical range, due to indiscriminate hunting in the 19th and early 20th centuries and the species is now classified endangered (IUCN). Amazonia holds most viable populations of this species; still, in a recent national assessment, the species status was considered as Data Deficient in Brazilian Amazonia due to a lack of population data. Neotropical otters can be found in all Brazilian biomes, and were classified as 'least concern' by the recent Brazilian survey. However, little is known about their population ecology in general, and distinct areas of occurrence show unequal habitat-related threats. Their current global conservation status has recently been changed from "data deficient" to “near threatened” (IUCN).

Both otters species are currently facing threats that are expected to lead to major reductions in population sizes over the next two decades, such as habitat loss, river damming and climate change. Since sound demographic data are lacking and are difficult to obtain, the development of effective conservation strategies requires the ability to make transferable inference, facilitated by comparative data.

We will provide insights on levels of genetic diversity, population structure and connectivity of both species in a large area over Brazilian Amazonia. Knowing the present patterns of genetic diversity and population connectivity will provide a better understanding of the impacts, necessary mitigation measures and aids on definition of task areas for otters and other regional aquatic vertebrates to promote conservation actions and more effective policies.