We intend to map the spread of Lantana camara, an invasive plant, in the Bandipur Tiger Reserve in South India, and create an ecological niche model to understand its spread and plan management interventions. 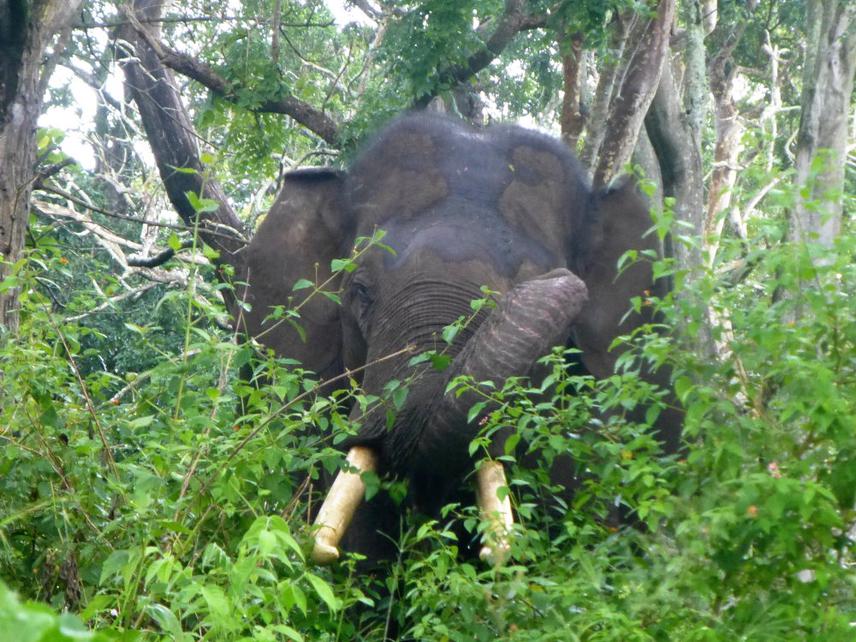 Lantana camara is one of the '10 worst weeds' in the world, posing a considerable threat to native biodiversity. It is reported invasive over almost the entire tropical world beyond its native South and Central American range. Forest managers have been trying to ‘eradicate’ the plant from India, Australia and South Africa for over 100 years, but with no success. Our initial efforts to deal with the plant (in 2009) involved working with local communities to get them to use the plant to make furniture, in the hope that this would reduce or control the spread of the plant. But we found there were no maps of the extent of the lantana spread, and a key prerequisite in dealing with the problem or understanding the success of management interventions is to have effective mapping and monitoring techniques.

As a part of a previous RSG project, we worked with local communities and field staff to experiment with ways of mapping Lantana in the Mudumalai Tiger Reserve (321 sq km) in South India. As an outcome we have a successful mapping methodology, and we wish to expand this method to the larger neighbouring Bandipur Reserve (1100 sq km) over varying rainfall, topography and climatic conditions. We then plan to construct an ecological niche model to understand the spread of the plant in response to a range of environmental variables, to try and understand whether it has fully occupied its niche or is still spreading. This will be important in planning effective management interventions. We also hope to work with the state and national authorities to formulate an invasive species mapping and monitoring programme across all the tiger reserves in India.

We also intend to interview indigenous communities and forest department field staff across the region to document their perspectives on the history of the plant invasion and how they see it affecting the forests. We plan to do this in a video documentary form, so the results can be widely disseminated in the region, much beyond the reach of conventional written reports or articles. We believe that all of this together will go a long way in better understanding and managing Lantana as well as other invasive plants.

Lantana Work at The Shola Trust