The project aims to first use local knowledge to map the spread and intensity on the lantana infestation through the Mudumalai Tiger Reserve (MTR), and then to help local communities create furniture out of lantana. 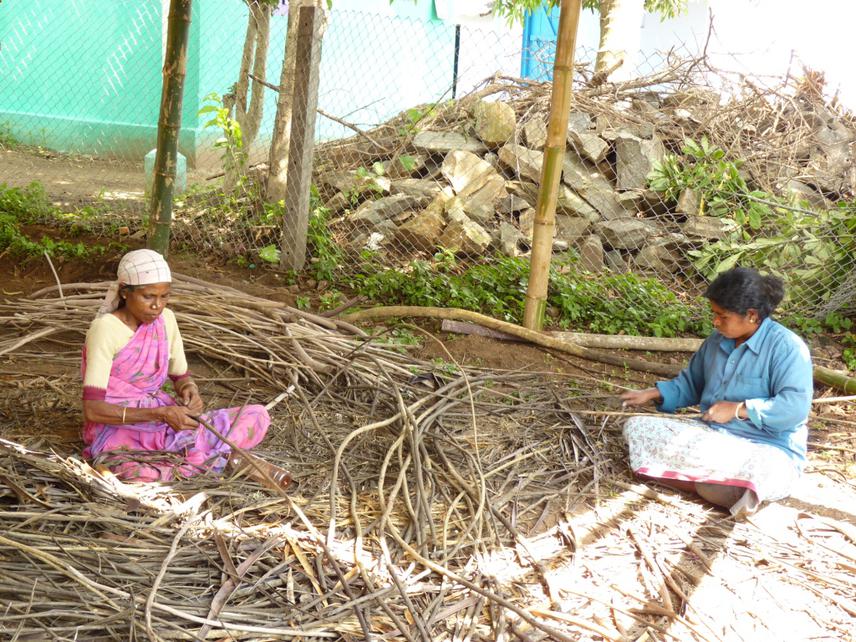 Lantana camara, a shrub native to South America, is now a pan-global weed and one of the top ten invasive species. Lantana poses a serious threat to native flora and fauna:

 It's allelopathic effects result in the hindrance of seedling recruitment and growth of young native plants in it's vicinity.

 It has a vibrant seed bank that is dispersed widely by birds, rodents and other animals, and also propagates very well vegetatively.

 It possesses a strong root system, and can regenerate from basal shoots after all but the hottest fires and after repeated cutting.

 Lantana contains lantadene A and lantadene B, which are toxic (sometimes fatal) if/when browsed by herbivores.

The situation is particularly bad in India, where forest departments have been uprooting lantana for the last century. Key to dealing with the problem is to understand the spatial spread, and to experiment with non-classical control methods.

(a) Research: Key to being able to effectively control the spread of Lantana, is to fully understand the spatial extent of its spread. GIS based methods cannot detect lantana in the forest understorey, and cannot be used. India has a considerable number of people employed by the forest department working in PAs. We hope to use the knowledge field staff (who are normally from the local communities), to map the spread of lantana through the MTR.

(b) Conservation: India is also experiencing somewhat of a paradigm shift in forest management, from being completely state controlled, somewhat autocratic and top down, to a more inclusive approach, that involves local communities. This project is aims to involve local communities in the management of lantana by providing them with an economic incentive to remove it by crafting furniture.