The sea turtle conservation model we are developing focuses on a citizen science approach to engage the public in scientific research. The aim of this project is to increase community participation by reporting sea turtle sightings and strandings via our existing online citizen science program, ‘Sea Turtle Spotter’. We are using our citizen science model to enhance collaborative research efforts in NW Mexico, to holistically characterize critical foraging areas and identify habitat linkages for large-scale conservation. 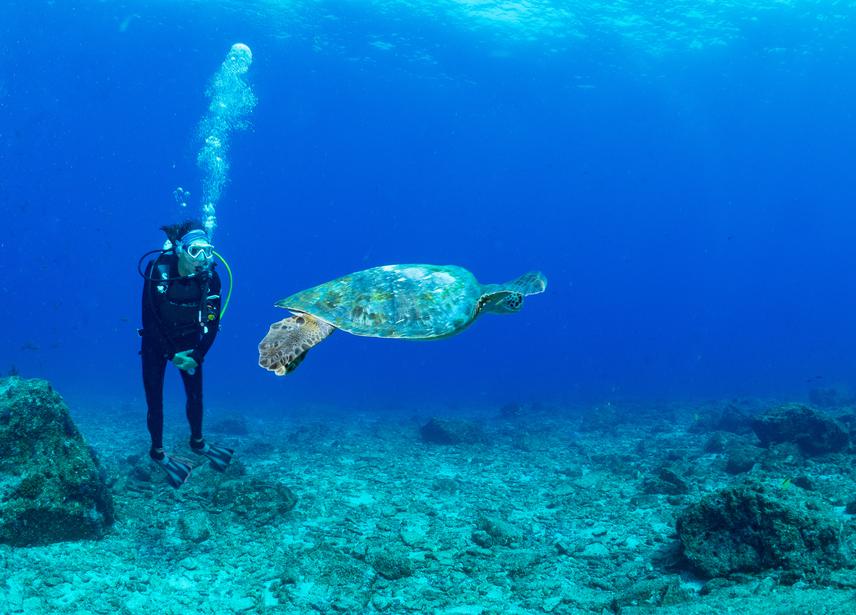 Sea turtle conservation requires an international, collaborative approach due to the diverse use of marine habitats and large home range of these vulnerable species. Marine habitat protection is necessary to protect these species from further decline, yet a foundational understanding of their habitat use is still lacking due to their wide distribution. In the Gulf of California and adjacent Eastern Tropical Pacific, five species of sea turtles can be found foraging, migrating, and/or nesting. Yet, less than 1% of their marine habitat is protected.

Our study area focuses on foraging and mating areas and migratory corridors in northwest Mexico. However, migration of these species spans into international waters and other countries such as the United States, Guatemala, El Salvador, Nicaragua, and Costa Rica.

Habitat use varies by species and life cycle stage; thus, research alone is not enough. More often, researchers are aligning with the pubic for assistance in reporting information regarding the whereabouts of highly migratory species such as sea turtles through citizen science. Thus, this project aims to create a model for sea turtle conservation by merging collaboration with various research groups and communities such as fishing cooperatives, international sailboating groups and international ecotourism companies.

Our success lies in our citizen science outreach and training activities we provide in various communities around Baja California Sur Mexico. With this new funding opportunity, we are eager to expand our reach to other states in NW Mexico with new and larger collaborations. We use an online, open source platform, inaturalist.org to aggregate and store data via the project, Sea Turtle Spotter. The data we collect via scientific research coupled with citizen science information can help us map out priority conservation habitats that we can then present to the IUCN Marine Turtle Working Group to develop international policies for habitat protection. Citizen science engages a wide public audience who are encouraged to take an active role in the conservation of sea turtles that is sustainable and replicable in all areas where sea turtles are found.