Vocal Parameters of Megaptera novaeangliae as Fundament for the Evaluation of Soundscape and Marine Mammals Threats in PNN Uramba- Bahía Málaga, Colombia

The purpose of our project is to define the characteristics of the vocalizations of the humpback whale in one of the most important areas of reproduction at a global level which is the natural national park Uramba-Bahia Malaga in the Colombian Pacific, we will also study the sound landscape and the effect that this could generate on the communication of these cetaceans and the effect that it could have on the distribution of other cetaceans in the area, we'll work with communities in the area and disseminate the results for the conservation, proper management of the park and responsible tourism. 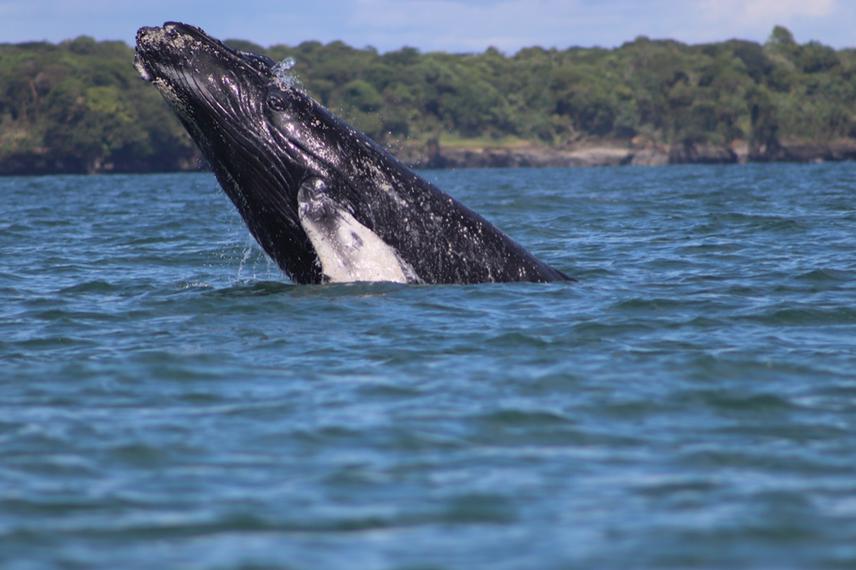 Sounds and acoustic signals play a very important role in communication, breeding, feeding, orientation and reproduction in marine mammals. One of the most complex vocal communication species is the humpback whale, Megaptera novaeangliae, which includes the emission of social sounds and songs. The Uramba-Bahia Malaga National Natural Park in the Colombian Pacific is one of the most important breeding sites for humpback whales in Colombia and the Southeast Pacific Region. The humpback whale is a species that arrives between May and December to the Colombian Pacific to reproduce and develop activities such as breeding, resting and courtship, however, annually is also accompanied by other species of cetaceans that are distributed in this area. In the breeding areas, the emission of social sounds and songs is common, and the songs are part of the courtship. Cetaceans are currently affected by various anthropogenic threats, which alter their social and vocal behaviour and eventually their survival. Communication is essential for this species and it is being affected by anthropogenic activities. Knowing the vocal characteristics and the sound landscape are essential inputs for managing the biodiversity of the protected area.

The general objective of this study is to identify the characteristics of M. novaeangliae's vocal behaviour in Uramba-Bahía Málaga National Park on the Colombian Pacific coast. We will also characterize and identify the vocal behaviour of the species' individuals according to the group they belong to, establish the variation between individual and temporal vocalizations, characterize the marine soundscape, and finally preliminarily evaluate the effect of anthropogenic marine noise on Megaptera novaeangliae's vocal behaviour in Málaga Bay, Colombian Pacific.

At the end of the study, we will be able to have information on vocal behaviours in an important worldwide area for the reproduction of the humpback whale, and also other marine mammals that are distributed in the area, also we will give this information to the entities that work for their conservation and that keep looking forward for the conservation of -not only the humpback whale- but also all the species that are in the protected area.