Coral Reef Function and Functionality in Warming Waters: Examining the Links between Coral Assemblages, Reef Fish Function, and Fishing in the Maldives Archipelago

Climate Change, Reef Recovery and the Role of Early Life-History in Structuring Coral Communities in the Lakshadweep Atolls, India

The central objective of this study is to examine how climatic disturbances – specifically, warming events – are shaping coral reefs in the Maldives archipelago by selecting for certain coral assemblage types and morphological forms, which in turn influence the structure and functioning of reef fish assemblages. Will the future coral composition of reefs be biased towards certain functional relationships? If so, how will this influence where people fish, and the species they target? 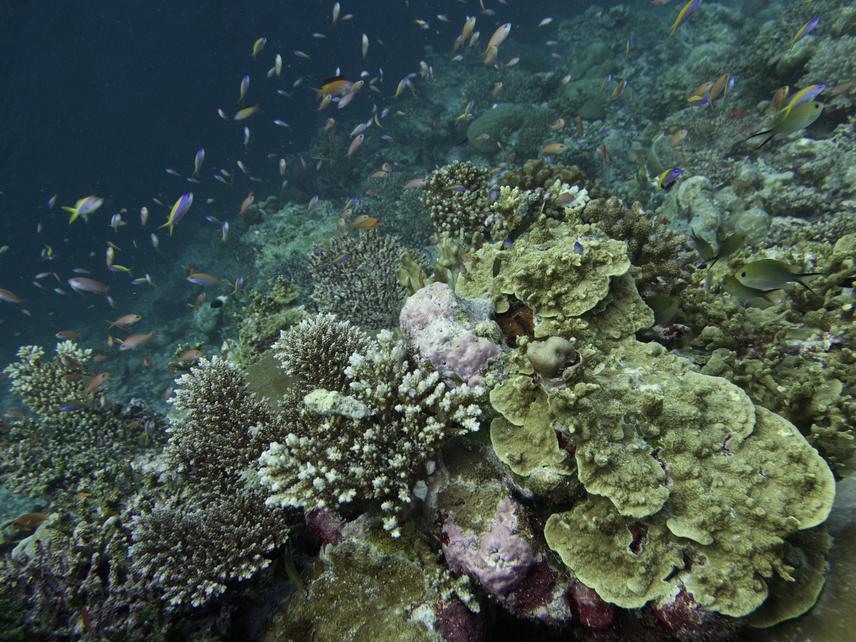 Coral reefs have taken many forms and performed many functions through geological time, but the predictions for reefs in the Anthropocene are grim – especially worrisome given that two-thirds of the global population lives within 100 km of coral reefs, and tens of millions of people depend on them directly or indirectly for their livelihoods. Trying to understand how these ecosystems will change in the future and predicting the impacts this will have on both marine biodiversity, as well as dependent human communities, has been a central goal for conservation scientists and reef managers.

These questions are particularly pressing in small island states like the Maldives, where marine resources form the backbone of a “blue economy”, with people relying heavily on the reef for fishing, tourism, shoreline protection, and island formation. A chain of 26 atolls and 1200 islands lying in the central Indian Ocean, the Maldives is the world’s lowest country at barely a meter above sea level but one of its most densely populated, with over 1245 people/sq. km. In the past two decades, increasingly frequent climatic disturbances have severely impacted the reefs around these atolls. The El Niño of 2016 was the latest in a series of warming events that resulted in over 60% coral bleaching in many reefs in this archipelago. However, it is important to note that the impact of this disturbance was uneven, with several reefs able to resist these stressors. Identifying and quantifying the mechanisms that enable these diverse responses will help map reefs according to their vulnerability or resistance, to investigate how these affect fish function and diversity, and by extension, reef fishing and human use.