Mumbai is a rapidly developing metropolis on the west coast of India with high human footprint on the coastal ecosystems. The city harbours some of the rarest and most poorly known of India’s urban biodiversity, particularly the ‘intertidal gorgonians.’ A preliminary field survey and subsequent threat assessment revealed Mumbai as a prime area for conservation of gorgonians in India. Increasing threats like pollution, coastal developments and climate change further elevates the risk to the gorgonian gardens. The proposed project will generate baseline data on the diversity and threats to the gorgonians of Mumbai, thereby informing species and site-based conservation actions for the ever-expanding metropolis. 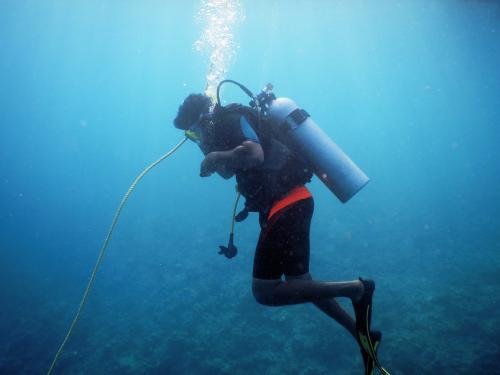 The Indian subcontinent is one of the diverse marine ecoregions of the world, forming an important part of the larger Western Indo-Pacific province in terms of area and biodiversity. However, even after a century of exploratory research and inventories, there exist a huge knowledge-gap of marine biodiversity data in India, particularly for octocorals (including gorgonians).

Gorgonians contribute countless goods and ecological services to the marine ecosystem. Based on the pan-Indian preliminary surveys and assessments (2018-19) focused on the diversity, distribution and threats associated with gorgonians, the coast of Mumbai was identified as a priority area for conservation. It seems surprising that the more urbanized areas of Mumbai, harbours one of the rarest and largest gardens of intertidal gorgonians in India. However, these gardens are constantly exposed to alarming rates of pollution and habitat fragmentation due to coastal development and rapid urbanization. Till date, there has been no organized study focusing on the diversity, distribution and threats to this charismatic fauna in the marine ecosystems of urban Mumbai. The proposed study is also timely, particularly in the wake of climate change, sea-level rise, sedimentation, post-COVID19 impacts, and of course increasing anthropogenic pressure.