The proposed work will first and foremost contribute to the bridging of key biodiversity shortfalls including the Linnaean (diversity and species richness) and Wallacean (distribution) shortfalls regarding the gorgonians of the Central Indian Ocean region. This will then help inform global conservation efforts such as the IUCN Red List of Threatened Species™ for which there exist a knowledge gap with regard to the species occurring in the Indian Ocean region. The study will identify at least two priority species of gorgonians and two critical habitats/sites that require immediate conservation action.

Finally, the project will strive to raise awareness, education and build stewardship, thereby realizing the ecological significance and ecosystem services of gorgonians, particularly in sustaining the reef community and associated organisms. The project will also set the scene for development of long term conservation and management plans with the participation of local stakeholders 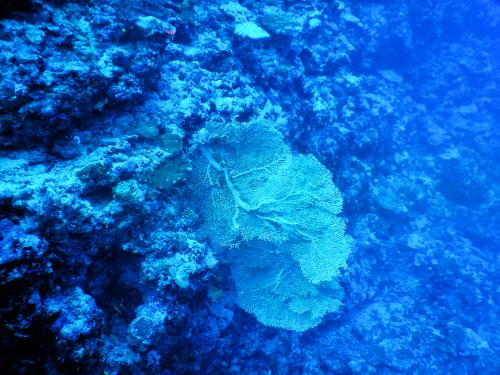 Gorgonians (Octocorallia), comprising sea fans and sea whips, their diversity, biogeography, trophic associations, ecological services and evolutionary adaptations through the production of secondary metabolites has been of worldwide interest. The tropical Indo-West Pacific, the largest marine biogeographic realm, is also biologically the most diverse marine ecoregion in the world. Preliminary studies on gorgonians in this region have been carried out in the Arabian Sea and the Bay of Bengal (including the waters around the Laccadive archipelago, and the Andaman and Nicobar group of islands). However, these have largely been opportunistic and limited to identification at the generic level. Till date, there has been no organized study focusing on the diversity, distribution and threats to this charismatic fauna in the oceanic waters and coral reef ecosystems of this region. 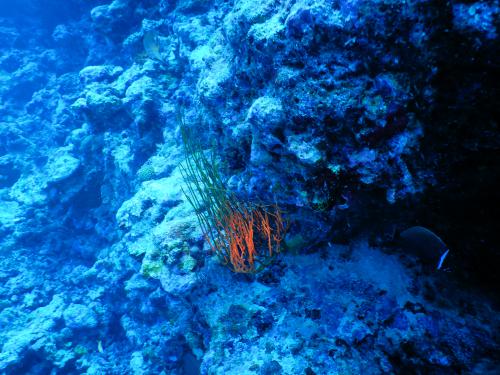 The study will particularly focus on the central Indian Ocean region, primarily in the waters off the Lakshadweep archipelago. The oceanic waters and coral reef ecosystems to be covered as part of the study have been identified as one of the top 10 marine biodiversity hotspots and priority areas for global marine conservation owing to their endemism and threats.

As gorgonians are a conspicuous member of the reef community providing ecosystem and habitat services, supporting several animal assemblages and symbiosis, the development of baseline information on diversity, distribution and threats is crucial in understanding and conserving this taxa in the Indian Ocean, as well as in contributing to the conservation of the larger reef ecosystems which they form a part. The proposed study will generate valuable information on the diversity and distribution of gorgonians in the Indian marine waters, resolve taxonomic ambiguities of focal species and analyze the threats associated with the fauna in the greater Indian Ocean region. Two species and two sites based on the extent of vulnerability, species richness and ecological importance will be identified and conservation action plans will be developed. This information will then form the basis of both species and sites based targeted conservation action as well as inform policy decisions at a local, regional and global scale.