Our research initiative aims to increase the scientific understanding of a keystone semi-aquatic species in Nepal. The Eurasian otter is the most widely distributed otter species in the world, but evidence suggests that an extremely low population density of the species occurs in fragmented river streams of Nepal. The IUCN Red List categorizes Eurasian otters as Near Threatened, but their populations are believed to be declining steeply in South Asia. The species is threatened by human-induced disturbances such as habitat destruction, water pollution, unsustainable fishing, rampant development projects, and illegal killing. Timely management and conservation interventions, guided by the sound research, is urgently needed to mitigate these threats to otters and their habitat. Detailed information on the species distribution, ecology, habitat preference and relevant socio-ecological factors is crucial for developing appropriate conservation measures. But the paucity of this information in Nepal has been the key barrier to designing and implementing effective conservation measures. A lack of awareness among local people about the ecological value of otters in the freshwater ecosystems is a major pitfall for otter conservation in Nepal. 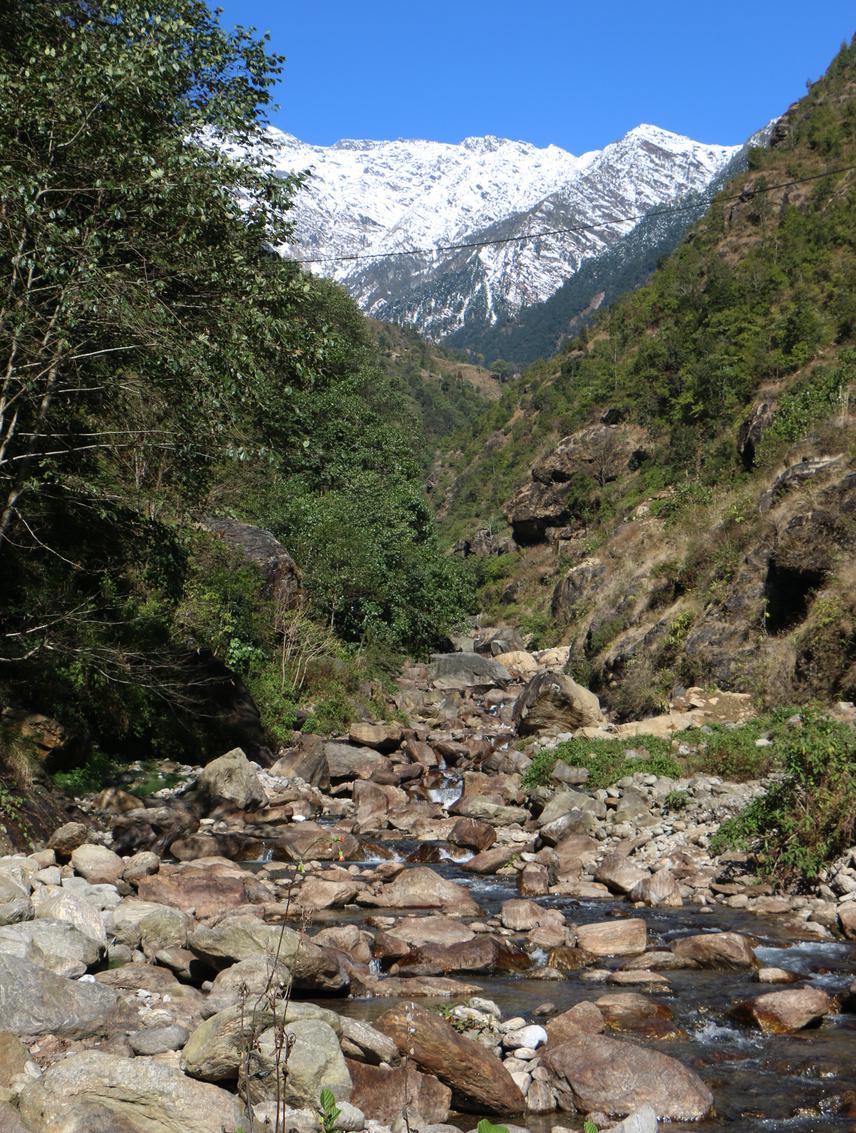 The Kali Gandaki River of Nepal offers an excellent habitat condition for Eurasian otters. Thus far, no systematic research has been done to explore the status and distribution of the species in the region. This initiative is designed to focus on filling that void by documenting the distribution of the species, its preferred habitat and interactions with various habitat components, and possible threats to that habitat. A sign survey, of tracks, scat, dens and latrines, plus direct observations, will be conducted along the Kali Gandaki corridor together with a camera trapping survey and questionnaire survey for local villagers to assess their perspectives on otters. Furthermore, in order to sensitize local villagers about the value of otters in freshwater ecosystems, an awareness and community-based otter conservation programme will be conducted. The research findings will be shared with management authorities as the basis for an informed strategy for Eurasian otter conservation in the Kali Gandaki River. The findings will also be collated with other ongoing Nepal Otter Network surveys currently being conducted in rivers across the country and share in the creation of a National Otter Conservation Strategy.

Header: A research team from the Nepal Otter Action Plan (NOAP) is setting up a camera trap for a Eurasian Otter survey in the Tadi River of Nuwakot District.