This project aims to assess the socio-economic influence of Ophiocordyceps sinensis on the local people of the Dharchula-Munsiari Landscape, and by also studying indigenous management practice of the species, make suggestions for appropriate policy mechanisms for the survival and sustainability of the species in the Indian Himalayan Region. 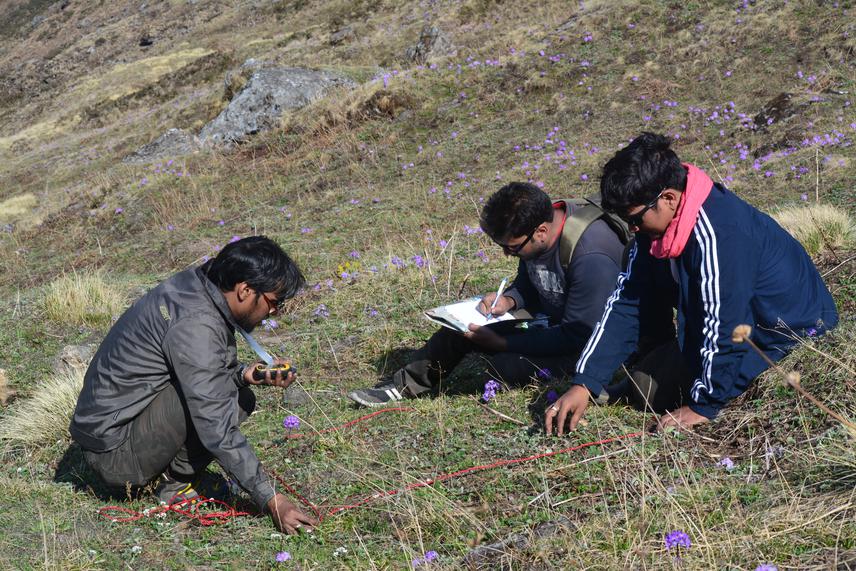 Caterpillar Fungus (Ophiocordyceps sinensis) is an endemic species of the alpine Himalayas and the Tibetan Plateau. It is one of the world’s most expensive natural medical resources, almost priced like gold. It plays a significant role in the economy of the high Himalayan rural households. Over the last two decades, the Indian Himalayan dwellers have become astute to the commercial potential of the species. Thus, the caterpillar fungus harvest-boom is facilitating the integration of rural upper Himalayan people into regional, national and international economic cycles by providing the necessary product and cash in exchange for sharing in this commodity trade.

The lure of easy money has resulted into unsustainable harvesting of the species leading to a sharp decline in its production over the years. Hundreds of villagers go for the mass-collection of the species each year, carrying with them tents, food, other consumables and domestic animals. These huge aggregations in the remote pastures are bound to destroy the pristine nature of the ecosystems and the threatened species that inhabit them. This is ultimately leading the caterpillar fungus towards extinction from the natural areas of its occurrence. The regulation of rampant exploitation and implementation of scientific sustainable harvesting is the need of the hour.

The project proposes to assess the various issues related to the harvest, trade and conservation of the species. Field surveys will be conducted in the Dharchula-Munsiari Landscape of the Indian Himalayas to understand the socio-economic impact of the harvesting and trade of caterpillar fungus on the rural people of the region. The project team will also document the entire harvesting process and habitat of the caterpillar fungus, including the demography of the harvesters, travel to the habitats, and daily activities of the harvesters during the stay in the collection areas. Studies will be conducted for the assessment of indigenous management practice of the caterpillar fungus in the region, which will ultimately lead to the preparation of suggestive management plans and policy for the sustainability and conservation of Ophiocordyceps sinensis in the whole region. Focus will also be given on outreach and awareness generation activities to fulfil the project objectives.