The caterpillar fungus inhabits in pristine alpine meadows of the Himalaya which also supports many rare, endangered and threatened species. During collection period, ecological threats like massive exploitation of harvest, over grazing, slashing of trees for fire-wood, non-degradable garbage in the vicinity of harvesters’ camps, increased human population in alpine pastures etc. probably have a deleterious effect on caterpillar fungus and environment. The aim of the proposed study is document habitats and ecological threats for caterpillar fungus to take initiatives for conservation of the species as well as alpine meadows which support many other endangered species including the snow leopard. 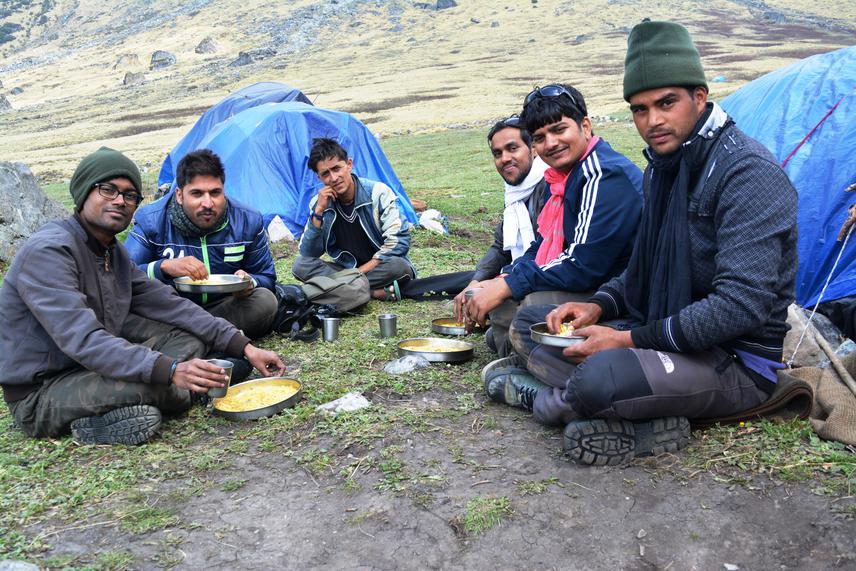 Caterpillar fungus (Ophiocordyceps sinensis) is a flagship species and inhabits in pristine alpine meadows of the Himalaya which also supports many rare, endangered and threatened species including Snow Leopard, Blue Sheep, Aconite, Brahmakamal and Costus. Rising demand and trade for caterpillar fungus has led to increase pressure on the species and its habitat as a large number of harvesters are involved in harvesting. In recent years, thousands of harvesters have entered in various alpine pastures of the Askot landscape with cattle and logistics to search for caterpillar fungus, which makes ecological environment of the meadows more fragile. On the cost of this anthropogenic and ecological adversity, it provides livelihood opportunities for millions of people who live in different remote pockets of the Himalaya.

During collection period (every year May to July), ecological threats like massive exploitation, over grazing, slashing of trees for fire-wood, non-degradable garbage in the vicinity of harvesters’ camps, increased human population in alpine pastures etc. probably have a deleterious effect on caterpillar fungus and environment. Ground-dwelling birds, charismatic mega-fauna and vegetation composition might be also deterred by the harvesters’ activities. Intensive anthropogenic pressure and unsustainable harvesting of caterpillar fungus are increasing tremendously every year in ecologically fragile alpine meadows, which would eventually lead to collapse livelihood source and biodiversity loss in the landscape.

Due to absence of long-term field studies scientific evidence on ecological threats and impacts of anthropogenic pressure on caterpillar as well as its habitat are minuscule in the region. The aim of the study is investigate a range of ecological, environmental and edaphic parameters that represent important resources and habitat conditions for caterpillar fungus. This assignment will also identify ecological threats for the species as well as its habitat in the region to bring in knowledge of the stakeholders and policy makers. Eventually, outcomes of the project would play a key role in conserving the alpine meadows habitat of caterpillar fungus which also supports many other threatened and endangered Himalayan species. Ultimate aim of the study is to make the harvesting of the fungus sustainable so that the mountain dwellers can keep on getting long term benefits from it by not letting caterpillar fungus as well as other associate endangered Himalayan species to get extinct.