Modelling for Conservation of Blond Capuchin Monkey from Alagoas - Brazil

The conservation status of the endangered blonde capuchin monkey (Sapajus flavius) is a consequence from the habitat lost, hunt and illegal trade. This project aims to evaluate the quality state of the landscape and to raise data on local human perception of capuchins, which will be used to dismiss conflicts. Our goals are: (1) to infer the effect of the landscape on the distribution of S. flavius in the state of Alagoas; (2) to perform analysis of risks to its conservation in the state; (3) to use decision analysis to define a management plan for its conservation. In fact, we aim to obtain these theoretical evidences that can encourage conservation-oriented decision-making in the localities they inhabit, before undertake an intervention. 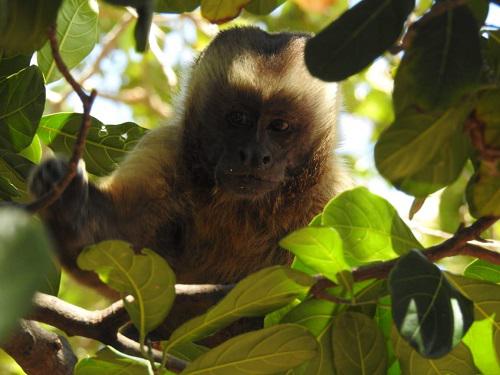 Alagoas State has confirmed occurrence of the endangered blonde capuchin monkey (Sapajus flavius). The conservation status from the species (which was newly discovered and has little relevant information to assist in its own conservation) is a consequence from the habitat lost, hunt and illegal trade. Meanwhile wildlife care centers are becoming overbooked because of primates’ traffic. Besides ecological parameters, human and social aspects must be considered in order to both: stop capture and hunting, and prepare future co-existence in re-introduced area. This project aims to evaluate the quality state of the landscape with and without the monkeys, and to raise data on local human perception of capuchins, which will be used to dismiss conflicts. 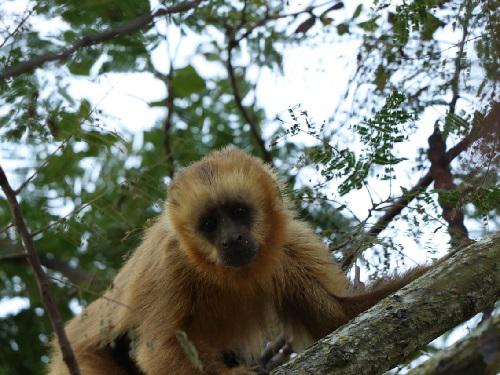 Thus, we want provide information on the biology of the species, establishes its degree of threat for to be possible to propose a series of conservation measures for implementation in the localities they inhabit. We are making field trips, when we question some families next to the patches of natural vegetation about the history of impacts in the fragments, the presence and their perception about the monkeys. We are focusing on doing interviews at this first semester (and use this data also as replicates for the occupancy model). At the second half of the year we will do the direct searches for the monkeys, and run again the occupancy models correcting the detection probabilities. We will also use fragment’s physical and biological variables (area, form index, isolation, human density edging, vegetation cover, matrix type, water source) to evaluate the suitability of the fragments, whether inhabited or not by primates. Also, we believe that frequent visits and environmental education will help protect species against illegal trade. And with the use of this monkey as a flagship species, the natural remains inhabited by them may also be conserved.