Carnivores, as predators, are of great importance to the ecosystems they inhabit, regulating the food chain below them. These animals co-occur and interact in various ways with humans and the perceptions and attitudes of rural inhabitants towards carnivores play an important role in the permanence of this group in the areas they share. This project takes place in the south-western Andes of Peru, in the Maure River basin at an elevation greater than 4500 meters above sea level, covering part of the Capazo and Santa Rosa districts, Puno – Peru. The settlers of this area are the Aimaras, who are mainly dedicated to rise cattle, specifically the domestic South American camelids (lamas and alpacas). 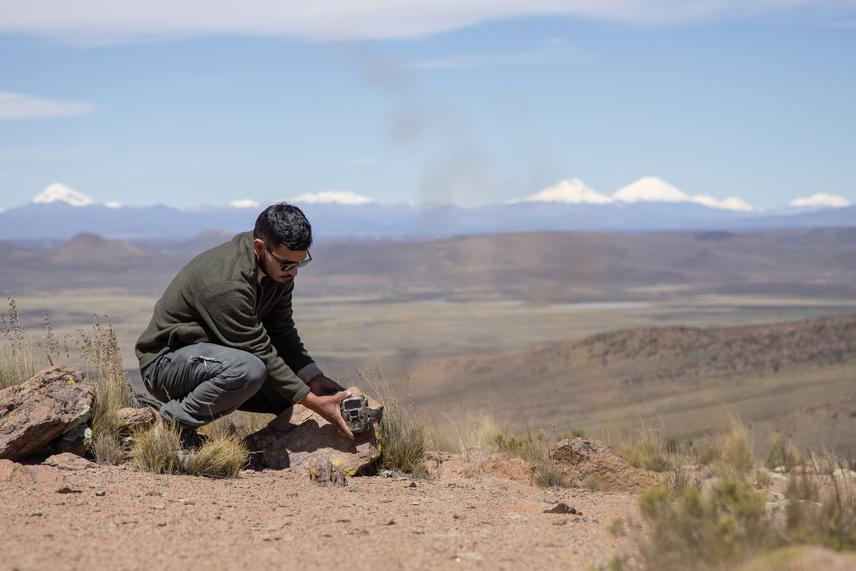 Working in the field.

The objectives of this project are:

(a) to analyse the situation of human – carnivore interactions along the Andes Mountain Ranges,

(c) determine the influence of human dimensions on carnivore occupancy patterns in the south-western Andes of Peru.

To meet the first objective, a bibliographic review will be carried out focusing on studies of human – carnivore interactions conducted in the seven Andean countries in the last two decades. For the second objective, semi-structured surveys will be conducted among the rural inhabitants of the study area – the Aimaras. And, for the third objective, 40 camera traps will be installed in a 250km2 grid. A single camera will be placed in each cell, in a suitable place for the detection of wild carnivores (mainly paths and passes). The cameras will remain in the field for four months. From the record of presence and absences, the occupancy of the target species will be modelled considering both environmental and anthropogenic variables.