Among its restricted distributional range in the Rhodes Island and southwestern Anatolia, the Oriental (or Turkish) Sweetgum (Liquidambar orientalis Mill.), a tree species in danger of becoming extinct, constitute forest only in Koycegiz (Mugla), southwestern Turkey. We aim to ensure forest sustainability by creating and replanting corridors between dispersed segments increasing the total amount of the forest to 1000 hectares. This approach also aims to look into what kind of ethical consensus lies behind the legitimacy for the Sweetgum deforestation as a social value and unfold the stages set for the incentives concerning the Sweetgum deforestation. 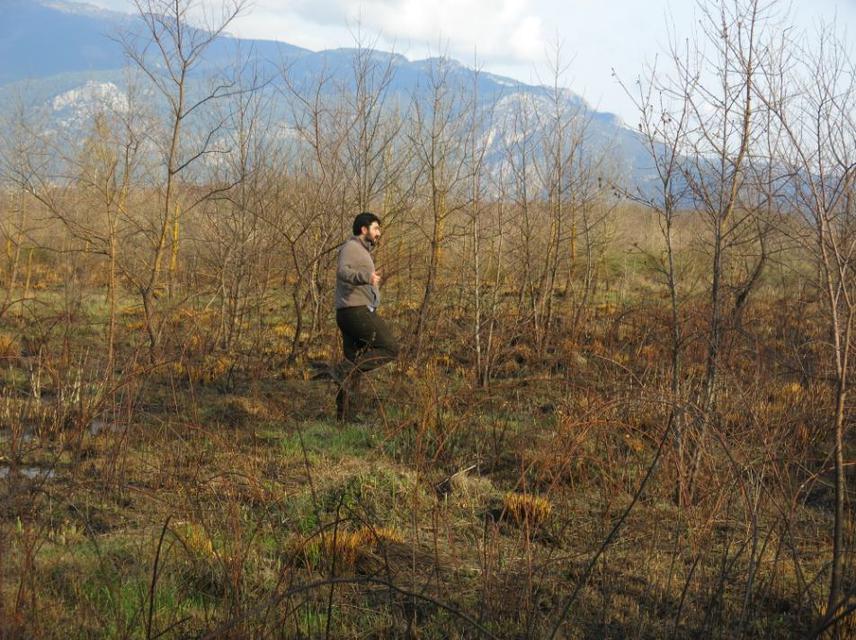 A visit to old plantation site.

The oriental sweetgum tree (Liquidambar orientalis Mill.) is an endemic species that can be found nowhere else around the world except south-western Anatolia and the Rhodes Island. This charismatic and holy tree, which can be found in streams and lands whose groundwater is high in groups or individually, can turn into a longos forest only in Koycegiz region, Turkey. Local People have benefited from the forest in many different ways for ages. Although the area of the forest was 6.312 hectares in 1949, now it is only 1.348 hectares, in which 90 % of the remaining area falls within the territory of Koycegiz Special Protected Area.

After the oil extracted from the trunk of Sweetgum tree had been used in the chemical industry for years and the chemical fixators became widespread leading to a loss in its economic prominence. Due to the changing local agriculture policies (incentives for citrus plantation) paving the way for transformation of the living spaces by the locals and the emergence of the mass tourism, the forest are broken and now on the brink of extinction.

We are planning to ensure the ecological integrity of the forest by identifying suitable corridors between dispersed forest fragments and by replanting these areas by sweetgum trees, making the fragmented forest the whole again. As a result, a broader space will be attributed as a forest without overtaking new land. Therefore we aimed to preserve the integrity of the forest ecosystem and to prevent further economic losses in forestry sector. That’s why this forestation project will be the first of its kind in Turkey because it takes into consideration landscape ecology.

We will also understand how social conscience plays a role in the extinction of the forest. We will integrate the results of sociological analysis to EPASA’s (Environmental Protection Agency for Special Areas-Turkey) Sweetgum Action Plan. That’s why we are believed that at the end of the study we are able to preserve the forest with the biopolicies to be developed benefiting from the means of environmental bioethics. If this proves to be successful, then we will have taken a major step to develop biopolicies in line with environmental bioethics for the preservation of the other species and ecosystems with same kind of troubles.