Among its restricted distributional range in the Rhodes Island and Southwestern Anatolia, the Oriental (or Anatolian) Sweetgum (Liquidambar orientalis Mill.), a tree species in danger of becoming extinct, constitute forest only in some coastal districts of Muğla Province, southwestern Turkey. We aim to ensure forest sustainability by creating and replanting corridors between dispersed segments increasing the total amount of the forest to 2500 hectares. We also aim to do public awareness issues in order to rotate locals’ opinion against to the Oriental Sweetgum Tree. 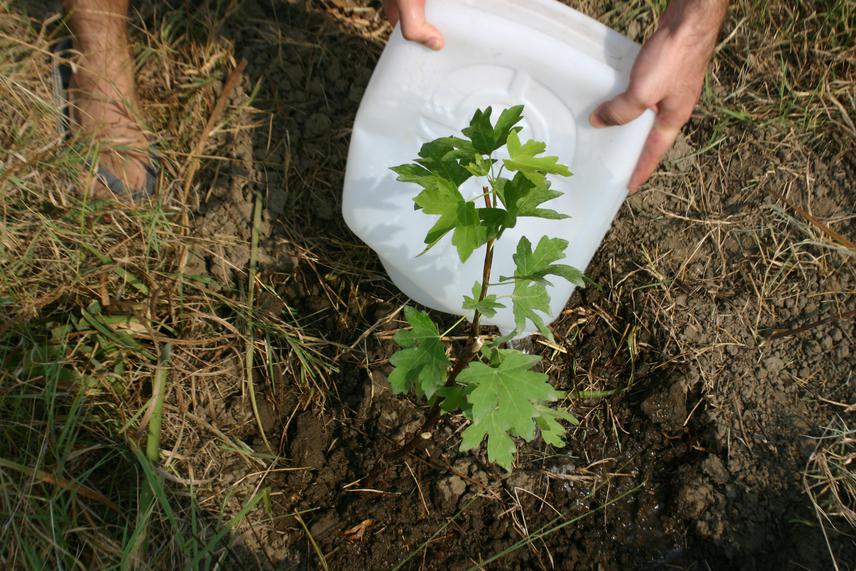 Oriental sweetgum tree (Liquidambar orientalis Mill.) is an endemic species for southwestern Anatolia and Rhodes Island. The species occurs healthy forests & coppices just around the coastal districts of Muğla Province, Turkey. Locals have benefited from this charismatic and holy species in many different ways for ages.

Although the area of the forest was 6.312 hectares in 1949, now it is only approximately between 1.500 and 2.000 hectares due to the changing urbanization and local agriculture policies (incentives for citrus plantation) paving the way for transformation of the living spaces by the locals and the emergence of the mass tourism, the forest are broken and now on the brink of extinction. This species has Vulnerable (VU A1cd Ver-2.3) statue on IUCN Red List Categories, and EUFORGEN has listed to this species as protected tree on the scale of European Continent.

In first edition of the project, we studied on a shrunk area to learn the implementation of the corridor method and to understand how social conscience plays a role in the extinction of the forest. Now we know that how we can reinforce the corridor method over the whole forests & coppices and how we use the public awareness issues against to the locals.