Among its restricted distributional range in the Rhodes Island and Southwestern Anatolia, the Oriental (or Anatolian) Sweetgum (Liquidambar orientalis Mill.), a tree species in danger of becoming extinct, constitute (highly fragmented) forests only in some coastal districts of southwestern Turkey. We aim to ensure forest sustainability by creating and replanting corridors between dispersed segments increasing the total amount of the forest to 2500 hectares. We also aim to reduce the IUCN Red List Category of the species from EN to VU by implementing Sweetgum Action Plan that fictionalized in our previous Rufford SGF Booster Project and carrying out afforestation studies. 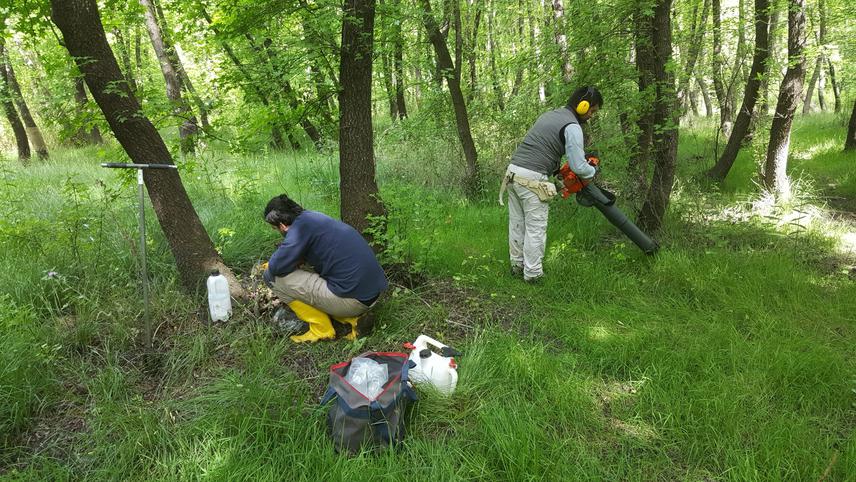 Oriental sweetgum tree (Liquidambar orientalis Mill.) is an endemic species for southwestern Anatolia and Rhodes Island. The species occurs healthy forests and coppices just around the coastal districts of Muğla Province, Turkey. Locals have benefited from this charismatic and holy species in many different ways for ages. Although the area of the forest was 6.312 hectares in 1949, now it is only approximately between 1.500 and 2.000 hectares due to the changing urbanization and local agriculture policies paving the way for transformation of the living spaces by the locals and the emergence of the mass tourism, the forest are broken and now on the brink of extinction. The occupation area of Sweetgum forests declined sharply during the last decades, resulting also in increased forest fragmentation.

This species has Endangered statue on IUCN Red List Categories, and EUFORGEN has listed to this species as protected tree and classified as critically endangered on the scale of European Continent. As a result, re-establishment of forests by corridors and re-unification of the fragmented groves plays vital role for the future of this unique forests.

Since its establishment in 2015, NATURA has been striving to reclaim occupied forest areas through expropriation or acquisition in order to reduce the fragmentation of these forests and prevent them from being dragged into genetic bottlenecks by the help of previous Rufford grants. Moreover, we created a Sweetgum Working Group three years ago on regional scale with different kind of stakeholders. We have published and started to implement a Sweetgum Conservation Action Plan with this working group last year.

We will continue to work on the issues (such as researching and monitoring the wildlife, checking the survival rates of the previous planted sites, searching money for land purchasing, follow-up the lawsuits for occupied forestlands, public awareness, environmental history&sociology studies etc.) that we are responsible for and committed to do within the action plan.

On the other hand, at the end of our struggle for sweetgum forest conservation for many years, we became aware of something clearly. Our corridor methodology approach only contributes to halting habitat fragmentation in existing forest assets. But new plantation sites (afforestation on the edge of existing fields and orchards in the fragmented/occupied forests, creating new in-situ populations, transforming invasive Eucalyptus woodlands as natural Sweetgum forests) are inevitably needed in order to establish connectivity between forest fragments that are severely disconnected within themselves and between each other.

Besides fulfilling our responsibilities in the action plan with this new project, active follow-up of other stakeholders who will implement this plan will also be carried out. On the other hand, creating new plantation sites will be a new conservation strategy of our ongoing works.

To sum up, within the scope of this project, it is aimed to reduce the IUCN Red List Category of the species from EN to VU by carrying out afforestation/conservation studies in the project sites.