Until recently, it was believed that the species P. ayeaye was endemic to the Poços de Caldas Plateau. However, records of the specie in other regions of MG and SP states expanded their geographic distribution. Due to the geographic distances between the occurrence sites and the geological formation of the Poços de Caldas Plateau that generated high altitudes and closed format, it is possible that the local populations are genetically unique examples of the specie. With the reduction of its natural habitat, it is necessary to investigate the population structure of the species in order to plan future conservation programs. In this way, we aim to sample all the potential places to the occurrence of the species and to study the structure populational of P. ayeaye researched last year, in his type locality (Morro do Ferro). 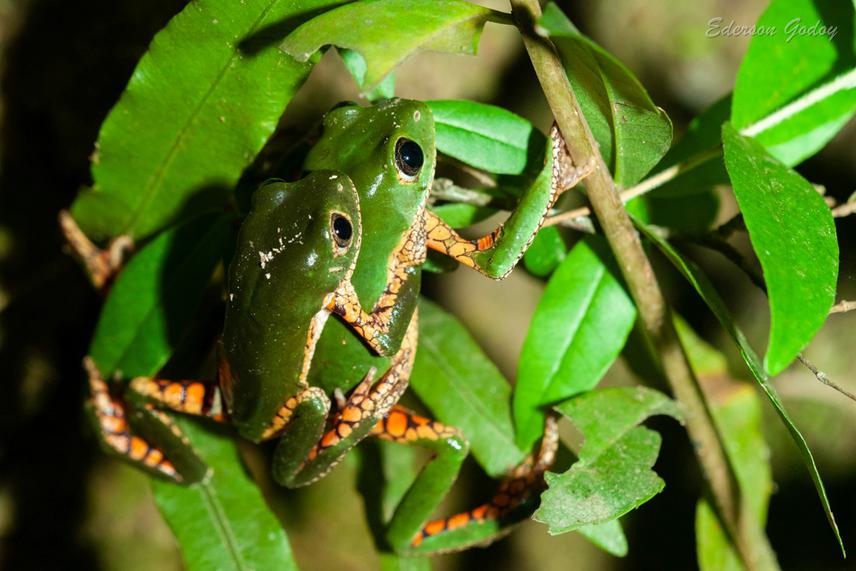 The Poços de Caldas Plateau is inserted in the Atlantic Forest, wich has high altitudes due to its geological formation process (~ 75million years ago). With the shape a "volcanic caldera" surrounded by hills with altitudes that reach 1700 meters, all streams are born and drain inside this semicircular region. There are natural features of altitude fields in the Plateau, which occur only in specific places of the Atlantic Forest. These phytosociological features shelter to many endemic species of flora and fauna, including anurans. The populations of P.ayeaye of the Plateau have a disjunct geographic distribution of the other species in other regions in Brazil, which also occur in similar phytosociological features. Recent studies have pointed to its evolutionary uniqueness and the risk of elimination due to the absence of protective environmental policies for the species (MAGALHÃES et al, 2017(a) e 2020(b)).

In general, the local populations of P.ayeaye are still little known and ecological studies are still lacking, such as aspects of niche, density, size, spatial distribution, richness, etc. During the first step of the project, we found the species Pithecopus ayeaye in his type locality, but in low abundance and in a very restricted area. In next step, we will investigate aspects of the species structure and population dynamics, such as population size, age structure and dispersive aspects. At the same time, as there are still some remnants of Natural Altitude Fields with high potential for the occurrence of the species, in with we will map these areas in search of other populations of the species. The mapping of the occurrence and spatial distribution of these populations of P.ayeaye in the Poços de Caldas Plateau, may provide knowledge for the future establishment of a network of Protected Areas here within the Plateau.