Amphibian populations are declining at an accelerated rate, mainly by decharacterization and replacement of natural habitats by monocultures. In Brazil, this situation is very worrying, especially dangerous in regions of altitude in the Atlantic Forest, where many species can disappear without having the actual information on its occurrence and distribution. Thus, this project aims to inventory populations of amphibians in high altitude streams, focusing on Pithecopus ayeaye, a critically endangered species endemic to the Poços de Caldas Plateau. 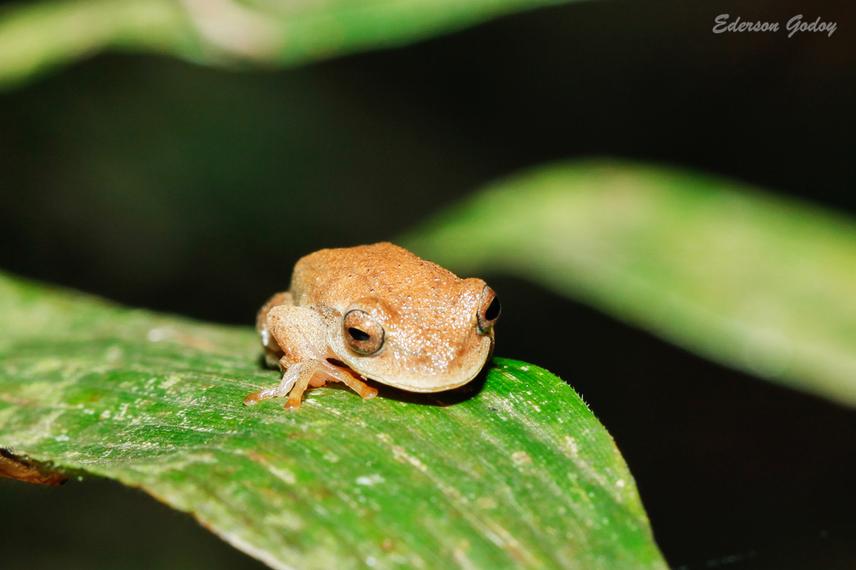 The loss of habitats by fragmentation of the landscape directly reflects the loss of biodiversity. Biological groups with less dispersive and more sensitive potential, such as amphibians, become as a matter of priority, threatened and in danger of extinction. Amphibians specifically have been declining sharply throughout the world because of habitat fragmentation and also of pollution from large-scale plantations, pesticide use, and fertilizers.

In the Plateau of Poços de Caldas, this situation is very worrying, because there is the occurrence registry of threatened Anuran as Phitecopus ayeaye. So, we aim to investigate if Pithecopus ayeaye to still records in the Morro do Ferro (his natural occurrence region), for to later to work on the definition of the ecological niche of that specie. This data set will serve as support for the recovery of degraded areas in that region, for the program of breeding in captivity (ex-situ) and possible reintroduction.

We intend to develop this research in 03 stages (steps), which will cover 03 years (36 months), being 1 to 24 months of fieldwork and 25 to 36 months of laboratory research (can be extended), if the steps previous are reached. In the first step (1 to 24 months= current step), the visual diagnostic samplings will be performed by direct and indirect methods.