The overall goal of my project is to contribute to the understanding of the biological, molecular, and eco-epidemiological aspects of sylvatic yellow fever (YF) in the Upper Paraná Atlantic Forest of Misiones, all of which are high priority information for the successful development conservation strategy for the brown howler monkeys (Alouatta guariba clamitans).

The specific objectives are:

• Identify different species of wild mammals that could act as potential reservoirs/hosts of the sylvatic yellow fever virus (YFV).
• Collect mosquitoes for molecular detection and isolation of the YFV.
• Determine whether different species of mosquitoes are potentially involved in the transmission of YFV.
• Conduct out phylodynamic studies, taking into account all the viral variants detected in the Americas.
• Develop YF outbreaks risk prediction maps from historical data of different co-variables associated with outbreaks that occurred at different sites, integrating current presence data of host primates. 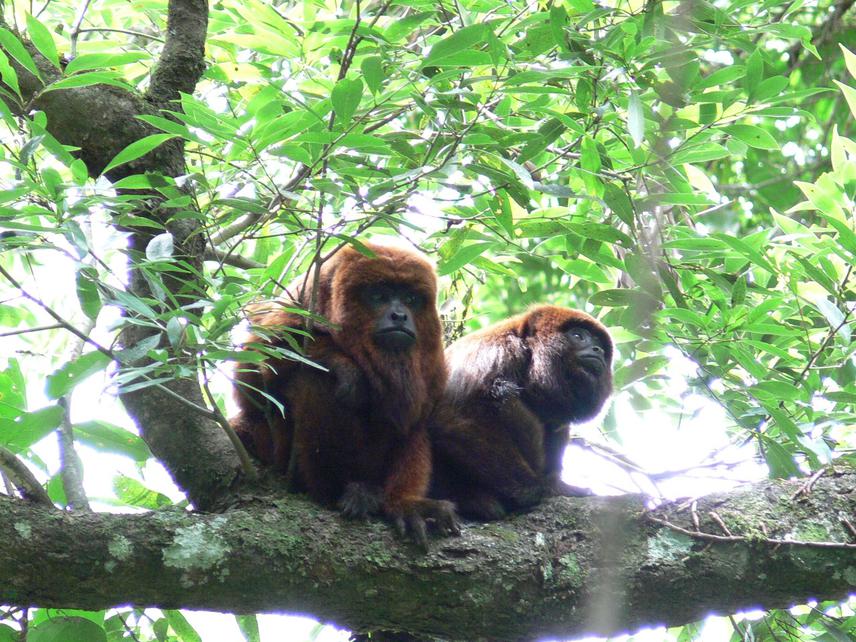 Yellow fever is an arboviral disease endemic to tropical and subtropical regions, caused by yellow fever virus and transmitted by mosquitoes. Primates are susceptibility to yellow fever virus but in different levels, e.g. low mortality in Sapajus sp., rapid mortality in Alouatta sp. This high susceptibility is the most important factor underlying the reduction of brown howler monkey (Alouatta guariba clamitans) populations.

The 2007-2009 yellow fever outbreaks have decimated brown howler monkeys’ populations to the Argentinean Upper Paraná Atlantic Forest, placing them in critical conservation status. These remnant populations occupy a few small, protected areas at the border with Brazil, where currently sylvatic yellow fever outbreaks are being a recorder, thus putting this specie on the verge of local extinction.

This project provides tools for early detection of yellow fever, contributes to the knowledge of alternatives vectors and hosts (using serological and molecular test and viral isolation) and predicts potential areas at risk. Given that yellow fever represents the greatest risk for brown howler populations in Argentina, once the areas with of risk of yellow fever outbreaks will be established (in which howler populations would be highly affected), will be can prioritize conservation areas and strategies for brown howler monkey population in Misiones. Besides, we will monitor the epidemiological status of its habitat and, we will be advising national and provincial authorities that need to develop protocols for epidemiological surveillance at the national and international level.