Hawksbill Tortoiseshell Fishery and Conservation in the Gulf of California, Mexico

Hawksbill sea turtles (Eretmochelys imbricata) were once abundant in the tropical oceans of the world (Mortimer and Donnelly, 2008). However, 9 million hawksbills were killed in the last 150 years to sustain a shell trade for luxury items (Miller et al., 2019). The Eastern Pacific hawksbill population, extending from Mexico to Peru, is one of the most endangered hawksbill populations. Recent genetic studies have demonstrated that individuals in El Salvador, Nicaragua, Costa Rica, Ecuador and Mexico constitute distinct genetic subpopulations (Gaos et al., 2018), highlighting the need to increase the knowledge and protection of hawksbills in each of these countries. 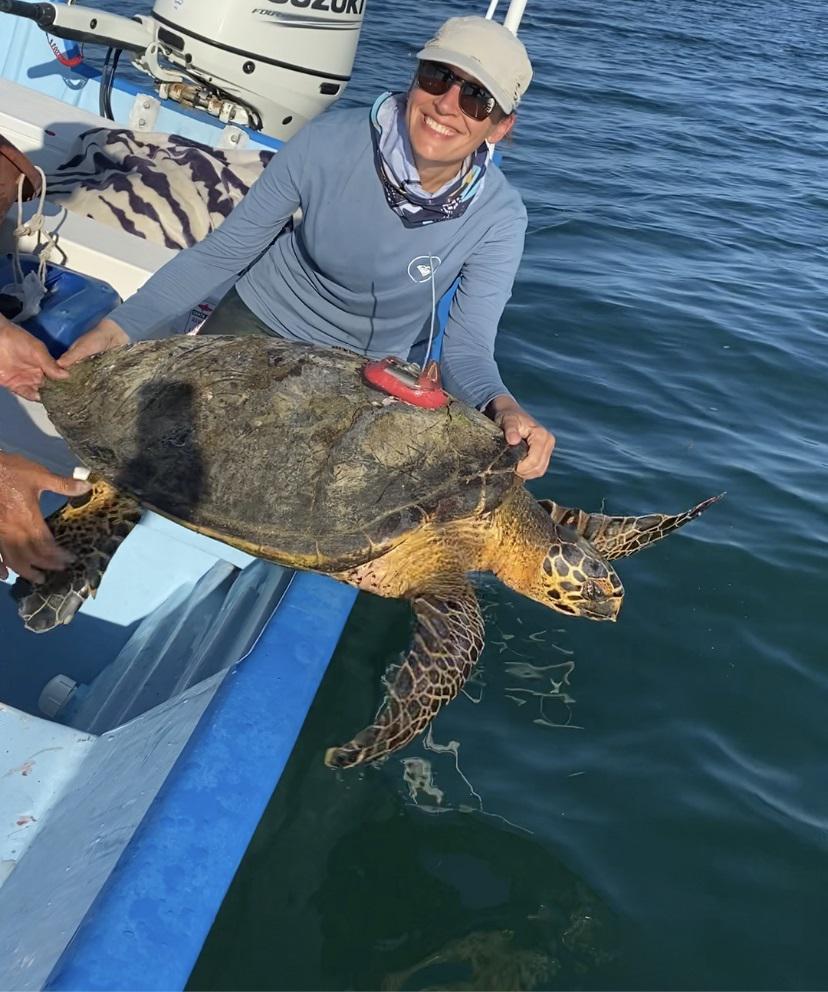 The Mexican Pacific is the northern limit of hawksbill distribution, and their abundance has always been scarce compared to green and olive ridley turtles (Márquez et al., 1982). Information on the extent of the trade for northwest Mexico is limited although previous records on the species demonstrated that numbers were higher 100 years ago. According to Márquez (1976), the national production of scutes in 1973 was close to 5 tons (approx. 5,000 individuals). By elucidating the extent of the trade, and the connection between traded individuals, live individuals, and currently identified nesting/foraging sites, we can provide a realistic estimate of its magnitude that can serve as a baseline point to analyse current hawksbill numbers.

Our work will achieve three objectives:

The results of this research will expand on the ecological knowledge and provide general baseline trends on the extent of hawksbills' trade, past abundance, genetic diversity and current numbers. Also, it will bring an opportunity to understand, from fishers’ perspective, the value of this species and give them a key role in their conservation.