The Brazilian-three-banded-armadillo (Tolypeutes tricinctus) is a symbol of the Caatinga biome which is threatened with extinction due to loss of natural habitat and hunting. However, little is known about the factors that influence habitat use by this species. This project aims to evaluate the current population status as well as to investigate the environmental variables that influence the distribution of T. tricinctus in protected and unprotected areas of the Caatinga biome. In addition, the influence of hunting on the distribution of the species will be investigated, providing essential information to support conservation and management decisions. 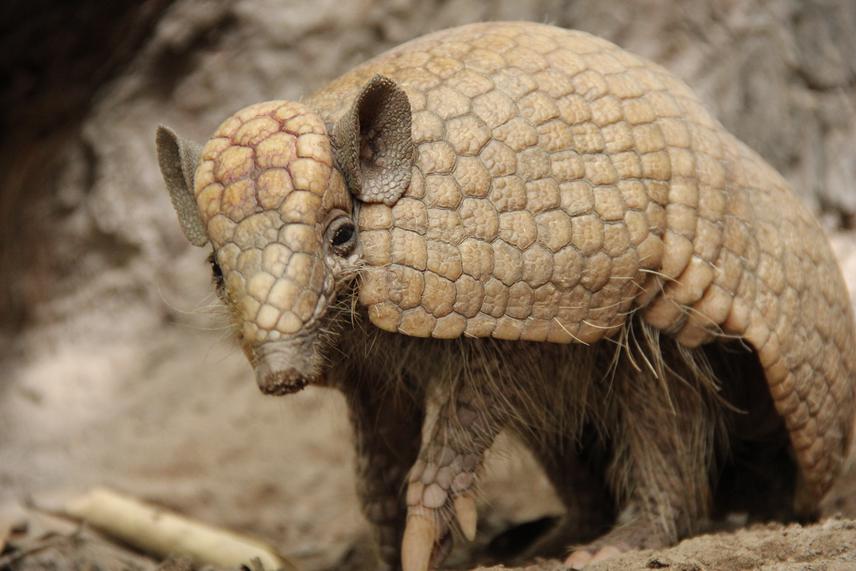 Armadillos are historically consumed by traditional communities in Brazil. Along with expansion of urban centres and roads that has increased the pressure of poaching, threatening the persistence of the populations of these animals. The Brazilian-three-banded-armadillo (Tolypeutes tricinctus) is an endemic armadillo, found predominantly in the Caatinga biome, a seasonally dry tropical forest that occurs exclusively in Brazil. The species has the ability to flex its shell, assuming the shape of a ball, what makes it vulnerable to human capture. Also it is pointed out as one of the species of armadillo more sensitive to climate and environmental changes. Faced with the scarcity of ecological data and the growing threat, it is urgent to draw up efficient conservation strategies. For this, scientific questions need to be answered, such as: how does the T. tricinctus use the environment? What environmental and anthropic factors influence the probability of occurrence of the species? How can populations respond to possible future threat scenarios? Which protected areas are most important to maintain T. tricinctus populations? How can traditional use impact the persistence of this species?

Thus, this project aims to investigate both ecological and anthropic variables predicting the occurrence and probability of habitat use by T. tricinctus in the Caatinga biome. In an effort to contribute to long-term survival of the species, the project will estimate the effectiveness of remnant forests in maintaining viable populations considering scenarios of increase or decrease habitat fragmentation and poaching. Aware that the armadillos are an important source of animal protein used for human subsistence, this study seeks to characterize local subsistence hunting and influence of socioeconomic factors on poaching behaviour, and how do this effects the occurrence of T. tricinctus.

The research will be developed in Serra da Capivara National Park, a protected area located in the Piauí state, northeastern Brazil. The results will be use to suggest the prioritization of protected areas for the conservation of the Brazilian-three-banded-armadillo in the Caatinga and may reveal protection gaps in other areas of its occurrence. Data on local poaching pressure will subsidize management actions in the Serra da Capivara National Park and educations intervention with local communities. Finally, through communication science initiatives, it´s expected to bring the academy closer to society and motivate future studies on mammals in the region.