Rio Campo Natural Reserve, Equatorial Guinea (EG), is a forest refugia from the last glacial epoch. It is situated in the northwest region of EG’s mainland. It connects with Campo Ma’an National Park in Cameroon creating a continuous protected area of more than 3000 km2. Comprising Atlantic Coastal Broadleaf Forest, it is considered globally outstanding for biological distinctiveness and a key African bat diversity hotspot. Rio Campo NR, declared a protected area in 2000, has a rich diversity of megafauna not found in other parts of the country, from great apes to elephants and hippos. Despite this, the bat fauna from the region has scarcely been surveyed. Today, it faces various threats, including deforestation, resulting from an expansion of roads in the area and also growing hunting pressure. 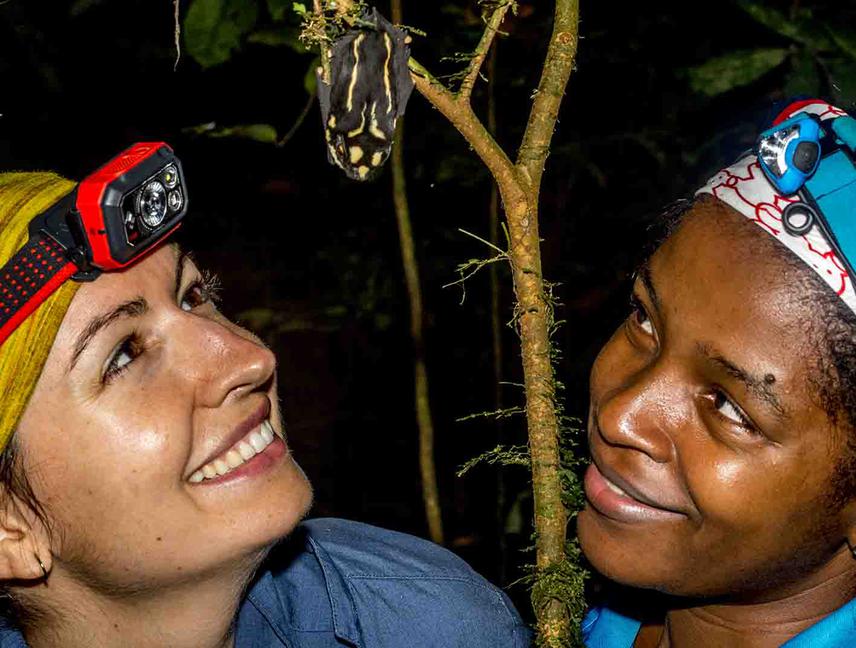 Based on studies elsewhere in the lowland forests of EG, we believe the area has the potential to include high diversity of bats, including rare and threatened forest-dependent bat species. By surveying and providing a list of the bats from Rio Campo NR we hope to enhance the importance of maintaining this protected area. We will build in-country capacity in bat research/conservation; develop international networks; provide a bat conservation management report; an illustrated key; and contribute data to GBIF and IUCN Red Listing.